Professor Rebecca Ackermann has been appointed to the editorial board of the prestigious scientific journal Philosophical Transactions of the Royal Society B. Professor Ackermann is a biological anthropologist, professor in the Department of Archaeology, and the deputy director of the Human Evolution Research Institute (HERI) at the University of Cape Town (UCT).

Speaking about her envisaged role on the editorial board, Ackermann, who also serves as the deputy dean for transformation in UCT’s Faculty of Science, said, “Diversification of the board, particularly with editors from the Global South, is an important step towards breaking down historical inequalities in science.

“For [Philosophical Transactions], board members suggest topics and guest editors, and comment on topic proposals. So, in other words, they are heavily involved in the strategic direction and development of the journal. I hope to use this platform to grow contributions from the Global South, particularly Africa, and move towards more decolonial introspection in science.”

She added, “The representation [on the editorial board] from Africa is very thin. That is not unique to this journal, but is a broader issue globally.”

Ackermann’s association with UCT started in 2000 as a lecturer. She is originally from the United States but had done her PhD work in East and southern Africa on early fossil human ancestors.

“I am quite a vocal critic in my field of what I call ‘helicopter research’.”

“I first came to South Africa in 1995 and then again in 1996 and 1997,” she said. “I am quite a vocal critic in my field of what I call ‘helicopter research’, which is people flying in from overseas and doing their research and leaving without really engaging in meaningful ways with the people who live here. That is really prevalent in my field of human evolution. It is a practice I myself was part of in the 1990s, but was determined to change.”

In 2016 Ackermann became the founding director of HERI. “We are a wonderfully diverse institute that spans biological anthropology, archaeology and geology, with core members from UCT and also Iziko Museums.”

In addition to human evolution research, she has also produced work on race and racism. “I’ve also been involved in issues around sexual harassment and discrimination in my discipline and in policy development around that,” she said.

Ackermann’s term as deputy dean for transformation ends later this year. During October, she hosted the Dean’s Dialogue: Building Inclusivity in the Faculty of Science. This dialogue brought together faculty members who spoke to different aspects of transformation that have been successful in their research groups or departments, as a way of inspiring other faculty members and departments to try similar things.

The panellists were Professor Kelly Chibale, who spoke about sustainable, inclusive capacity building models; Dr Philile Mbatha, who highlighted some of the interventions made in environmental and geographical sciences around inclusivity of place and space; and Dr Robyn Pickering, who spoke about inclusive field practice, and especially some of the initiatives being run by HERI.

The dialogue was facilitated by Ackermann and Gabriel Khan from the Office for Inclusivity & Change (OIC). “It was a fruitful and exciting discussion; one we intend to keep going in the Faculty of Science,” said Ackermann.

Her appointment to the editorial board of Philosophical Transactions takes effect in 2022 and is for a term of three years, with the possibility of renewal for an additional three years. 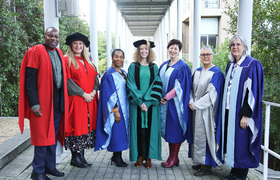 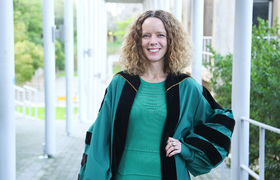 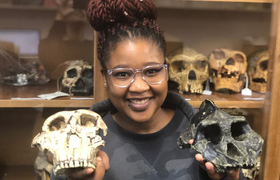