Over the first weekend in July, South Africa recorded the highest number of COVID‑19 infections (26 485) since the onset of the pandemic, and the highly transmissible Delta variant is dominating infection rates. South Africans still have many unanswered questions: Does the new strain cause more severe disease? Are children more susceptible to the virus than before? What does the new variant mean for vaccine efficacy?

Professor Marc Mendelson, the head of the Division of Infectious Disease and HIV Medicine at the University of Cape Town (UCT) and Groote Schuur Hospital (GSH), summarised what scientists know thus far.

Over a period of time, all viruses undergo small changes (mutations) in their structure. Typically, Professor Mendelson explained, these changes are minor and don’t normally alter the manner in which the virus operates. However, sometimes a mutation can affect the way the virus interacts with the body; and when it does, the virus gains an evolutionary advantage or disadvantage.

“It’s the advantageous mutations that can cause the virus to become more transmissible or to evade our immune system more successfully.”

“It’s the advantageous mutations that can cause the virus to become more transmissible or to evade our immune system more successfully,” he said.

South Africa has seen this happen before: in August 2020, when scientists first identified the Beta variant. This variant dominated the infection rate in the country during the second wave of COVID‑19 infections. And a similar pattern has emerged with the Delta variant during the current third surge.

Scientists monitor new and existing variants using a process called genomic surveillance, said Mendelson – sequencing virus genomes from people infected with COVID‑19 and reacting swiftly to any changes that occur in the structure of the virus.

“Data emerging from recent genotyping of the virus in different provinces show that it is now spreading rapidly in all provinces in the country,” he said.

Unlike those with the Beta variant, patients who test COVID‑19 positive with the Delta variant also seem to present with slightly different early symptoms.

“We are seeing a slightly different pattern of mild early symptoms.”

“We are seeing a slightly different pattern of mild early symptoms in many cases. A lot more patients are presenting with cold‑like symptoms – a runny nose, sneezing and headaches – and [fewer] with fever and loss of taste and smell,” said Mendelson.

Since children in South Africa and in many other countries around the world remain unvaccinated, Mendelson said they remain susceptible to SARS‑CoV‑2, regardless of the strain. While children are not more susceptible to the Delta variant per se, he explained, because it’s so easily transmissible, more children are being infected with SARS‑CoV‑2.

At the hospital level, Mendelson said, clinicians have not yet identified any different disease severity patterns. But a “worrying number” of younger persons with severe respiratory failure are being admitted to GSH.

“That may be because there has [not] been enough vaccine uptake in the over‑60‑year age group to reduce their infection rate, [reach population immunity] and protect [everyone] against severe disease if they have been infected,” he said.

According to a recent study conducted by scientists in Scotland, double the number of COVID‑19 patients infected with the Delta variant were hospitalised compared with those with the Alpha variant, which dominated initially in the United Kingdom (UK).

“It’s still early days to be confident about making firm conclusions about whether Delta causes more severe disease, or an increase in case fatality rate,” he said.

“Only comparisons between what happens during this wave and previous waves will give us the answer on severity. What we are currently seeing is that it remains first and foremost a lung disease, with increased oxygen requirements – be that a face mask, high‑flow nasal oxygen or mechanical ventilation.”

While the Delta variant is far more transmissible than the Beta strain, Mendelson indicated that it doesn’t contain the main mutation that allowed the Beta variant to evade the immune response provided by natural infection or vaccination‑induced immunity.

“We continue to learn from this virus and disease and need to be able to respond to the lessons it is teaching us.”

Reassuringly, he said, research from the UK demonstrated that 94% of citizens vaccinated with the Pfizer vaccine were protected from hospitalisation 21 days after they received the first vaccination shot. Their protection increased to 96% after they received the second shot. With the AstraZeneca vaccine, scientists recorded 71% and 96% efficacy after the first and second jabs respectively. The Johnson & Johnson vaccine, which has been used extensively in South Africa, also demonstrated a good “sustained immune response” against the Delta variant.

“We continue to learn from this virus and disease and need to be able to respond to the lessons it is teaching us. But never mind the type of variant; protect yourself with simple, easy‑to‑practise public health interventions. Get vaccinated as soon as humanly possible, avoid indoor gatherings and wear a mask that covers your nose. If you become unwell, isolate and arrange to be tested,” said Mendelson.

“These simple measures are highly effective and need to become a way of life.” 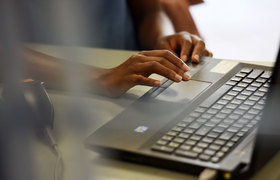 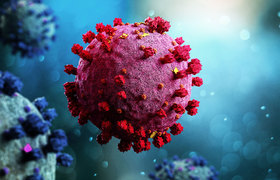