The University of Cape Townʼs (UCT) Council has finalised a policy for new disciplinary procedures for sexual misconduct, a major development in the university’s ongoing response to sexual offences.

Approved by Council in December 2020, the policy is aimed at achieving the objectives of the new Sexual Misconduct Policy and Procedure, especially around the alignment of a survivor-centred process. The new policy replaces the current UCT Sexual Offences and Sexual Harassment policies.

UCT Deputy Vice-Chancellor for Transformation Professor Loretta Feris said: “This policy is fundamentally important for the university and it would not have been possible without the support and endorsement of our vice-chancellor, Professor Mamokgethi Phakeng, who has made tackling issues of sexual and gender-based violence a priority for the UCT executive.”

The new policy specifically mandates a process that minimises trauma for the survivor. Survivor support, in an otherwise alienating environment, includes the right to legal representation.

“UCT concluded the draft Sexual Misconduct Policy and Procedure ahead of the publication of the [national] Department of Higher Education and Training policy framework to address gender-based violence in the post-school education and training system in July 2020,” Professor Feris said.

The university’s policies and procedures are compliant at a high level with the minimum standards under this policy framework, which is aligned to the Convention Concerning the Elimination of Violence and Harassment in the World of Work (Convention C190), adopted by the International Labour Organization in June 2019.

South Africa is a signatory to this convention and, as such, has an obligation, in terms of the C190 core principles, to adopt an inclusive, integrated and gender-responsive approach for the prevention and elimination of violence and harassment in the world of work.

“The most innovative aspect of the new procedural rules is the synergising of disciplinary processes for both staff and students before a Special Tribunal that deals with sexual and gender-based violence – the first of its kind in the country,” said Feris.

“The specialisation of the tribunal panel members will ensure best outcomes for both staff and students. The singular focus on only sexual misconduct disciplinary matters supports expediency on cases.”

The formalising of the Special Tribunal is welcomed, she added, and comes under the aegis of various national and international guidelines and obligations in a collective response to gender-based violence.

“As a university we are intentional and committed to creating an environment in which the dignity of all staff members and students is respected. All complaints of sexual offences and/or sexual harassment are taken seriously and in confidence. An appropriate response to unacceptable behaviour and related actions will remain a leadership priority,” concluded Feris. 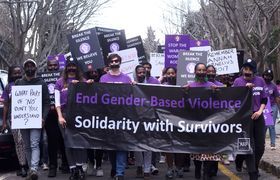 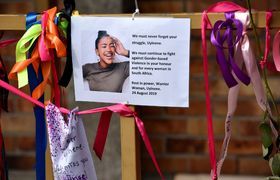 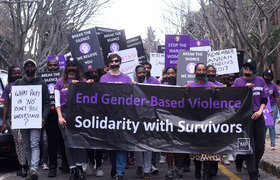