The Baxter is back with a benefit fundraiser

Championed by the University of Cape Town’s (UCT) vice-chancellor, Professor Mamokgethi Phakeng, a new production celebrates the Baxter’s return to opening its doors under lockdown Level 1 and serves as a benefit fundraiser aimed at helping recover the loss of income over the past six months.

The production will, for the first time ever, see these two esteemed artists collaborate and appear on stage together, each with their own brand-new work.

“We are honoured to have these two creatives and national treasures on our stage, in one production.”

“This specially commissioned performance is a coup for the Baxter,” said Lara Foot, the Baxter’s chief executive and artistic director. “I can’t think of a classier act. We are honoured to have these two creatives and national treasures on our stage, in one production, to celebrate our return to live theatre and welcoming back audiences and artists.”

Maqoma, who is well known for his award-winning Rhythm and Beauty trilogies, will debut his brand-new work, No Humour, in collaboration with Xolisile Bongwana. This work brings together live sound and movement in a visually appealing landscape of ritual and forms part of his Human Trilogy. In this work he explores the delicate balance of sensuousness, violence, ethical sensitivity, ugliness, grace and humour. It is a delicate, sublime meeting of words, movement and sound, entrenched in the human fibre of existence – of life trapped in time, shortened by each second.

The founder and former lead singer of the critically acclaimed Freshlyground, Zolani Mahola, is a South African storyteller, soulful singer, award-winning actress and icon. Her launch production, The One Who Sings, played to sold-out audiences and received critical acclaim at the Baxter last year. She has also won a Fleur du Cap Theatre Award for best performance by a lead actress in a musical or music theatre show for this production. The Sunday Times described her as one of South Africa’s best and inspiring singers, while Glamour said that she is “iconic among South African women”.

Mahola will also present the inaugural staging of her multimedia show You Need To Say It, featuring songs from her upcoming 2021 solo album of the same name.

This work is an exploration of song and story, including themes of connection and its opposite, nature and the elements, as well as the sanctity of childhood.

Baxter Back on Stage with Gregory Maqoma and Zolani Mahola runs at the Baxter for five performances. The special gala performance on Tuesday, 3 November, will be hosted by Professor Phakeng, with Marc Lottering as the master of ceremonies.

Book your ticket via Webtickets.

All performances will be limited to 50% capacity, with COVID-19 protocols in place. These will include the availability of hand sanitisers, tracking and tracing recorded, wearing of masks and physical distancing. Patrons and audience members are advised to arrive at least an hour before the start of the performance to avoid delays. 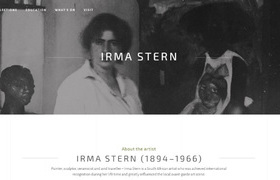 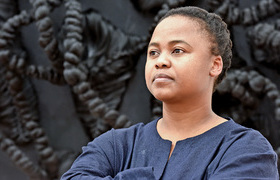 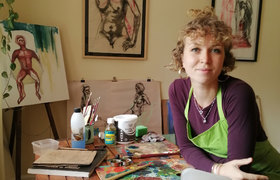 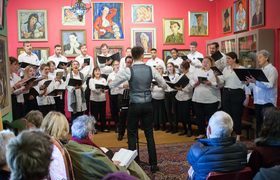