‘Recorded alone, but singing together’

Performing artists have found themselves in a vacuum without their audiences during the COVID-19-imposed lockdown. But VOX Cape Town, created by the University of Cape Town’s (UCT) Dr John Woodland and Kyle Paulssen, got around lockdown by launching its first virtual choral performance for Freedom Day on 27 April.

Woodland is both founder and director of the ensemble, created in 2015 with a core of singers from the UCT Choir and the St George’s Singers. It still includes many UCT alumni. Paulssen is the group’s manager and creative impetus.

In the past five years, VOX has delivered over 80 performances in venues as diverse as UCT’s snug Irma Stern Museum (“an intimate recital”), the city’s Youngblood Gallery, Spier Wine Farm, and an orchestral performance for over 800 people in St George’s Cathedral – a collaboration with two other choirs.

Bringing their ensemble of 30 singers together for the virtual performance to mark the 26th anniversary of Freedom Day in South Africa was like creating a jigsaw puzzle – “recorded alone but singing together” – ensuring all the voices were aligned within and outside their voice parts, said Paulssen.

Woodland and Paulssen had chosen a simple motet to bring “comfort and hope” in these difficult times: “If ye love me”, based on John 14:15–17 from the Bible, written by one of England’s great composers, Thomas Tallis.

Each of the singers recorded their parts at home using a cellphone or computer microphone. The individual parts were then woven together to form the “rich choral tapestry”, explained Woodland. The accompanying meditative particle video was designed by Liam Pitcher, a UCT music alumnus.

“It’s not coincidental that Tallis lived through a period of great upheaval about 500 years ago during the English Renaissance,” said Woodland.

The phrase “great upheaval” now echoes around the world.

“We find ourselves yearning for the special intimacy of singing together.”

“We find ourselves yearning for the special intimacy of singing together, or the thrill of sharing a live performance with an audience,” Woodland said. “However, until it is safe to do so, we’re experimenting with new ways of meeting and making music together.”

Suzanne Buchanan, who has been in VOX since 2016, felt that it was a worthwhile activity: “Making the recordings was an excellent project even though it made me feel rather vulnerable. One of the things I just love about VOX is how it always stretches me.”

Baritone Shaun February commented: “Often we, as singers, are so busy listening to one another that we forget to listen to ourselves.”

And Tessa Gawith, who thought that “it was great to have something to work towards during lockdown”, loved how the track came together: “Wow – we still exist!” 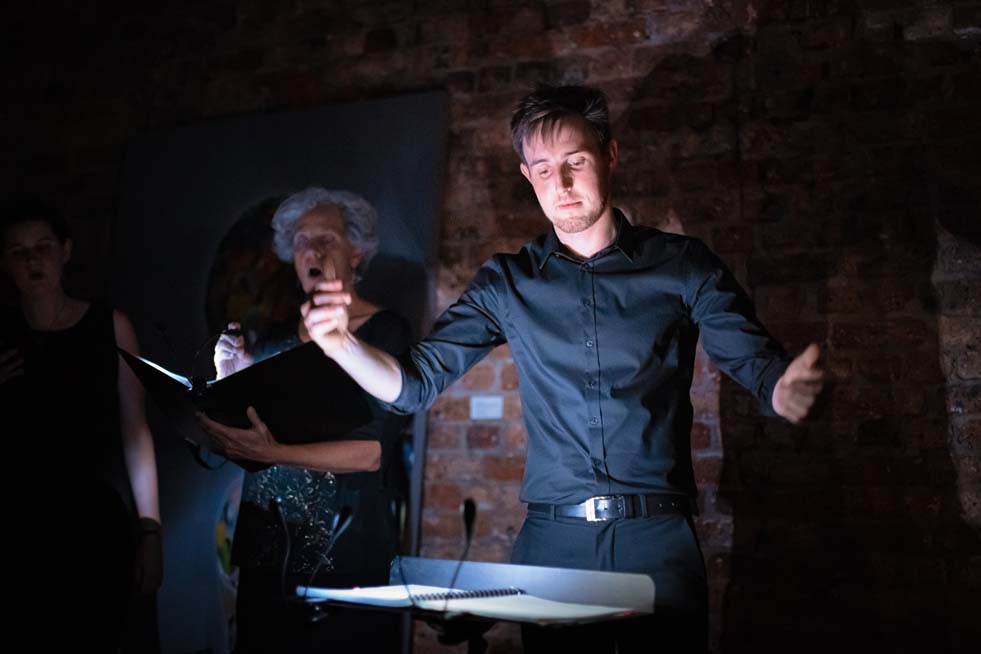 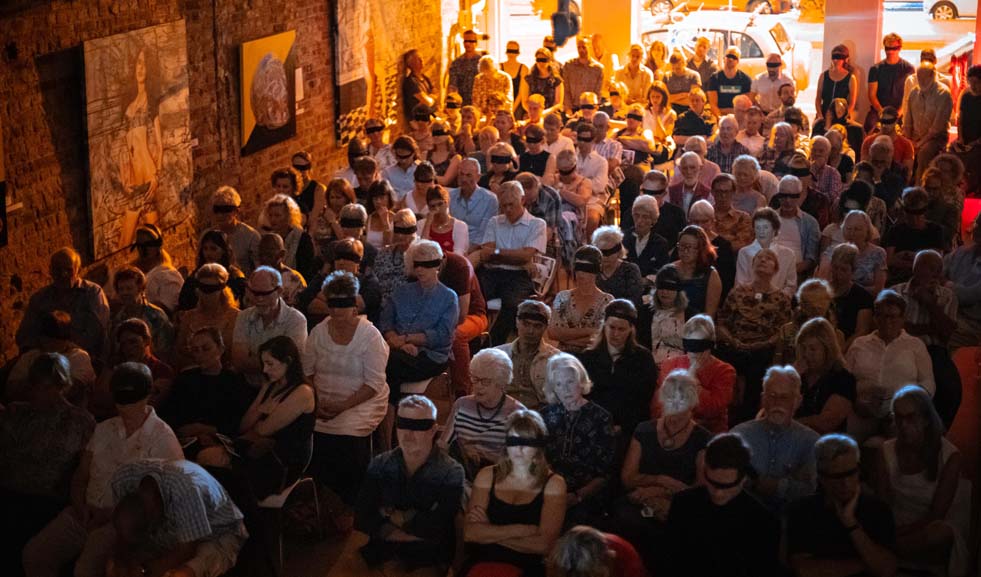 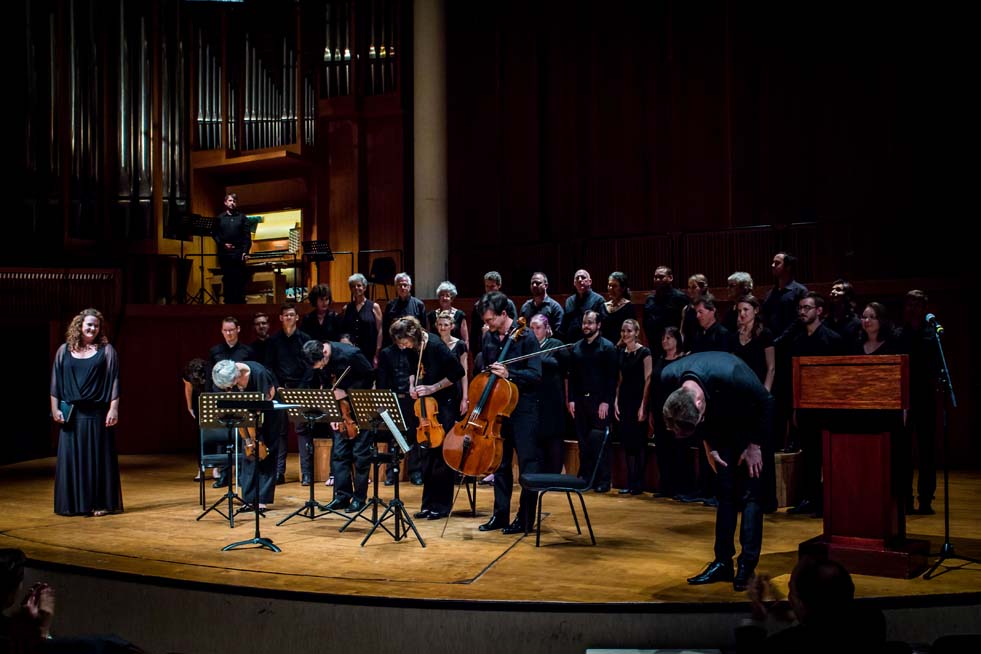 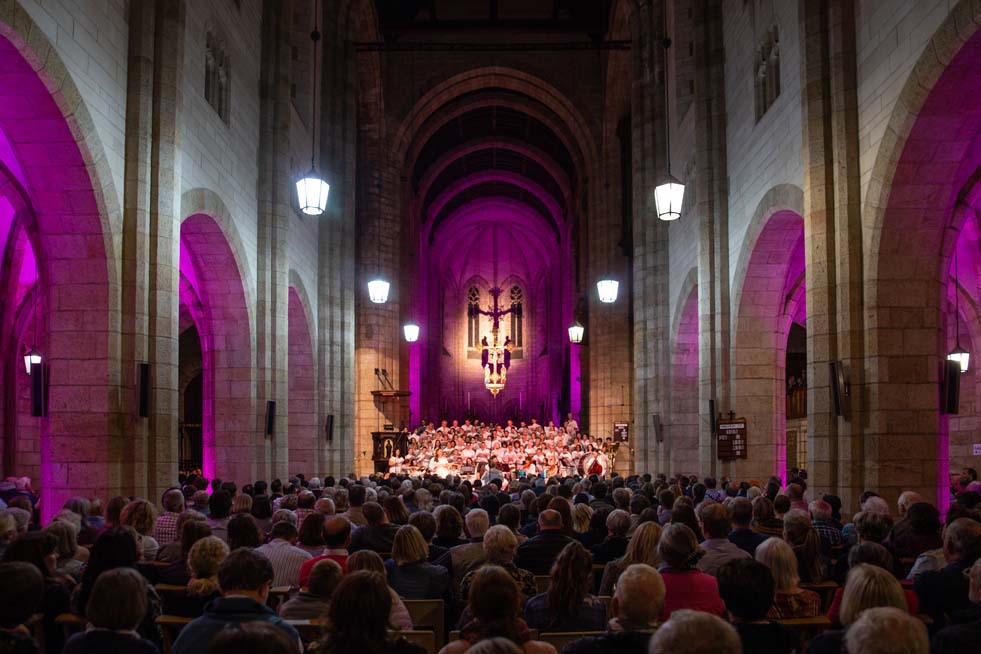 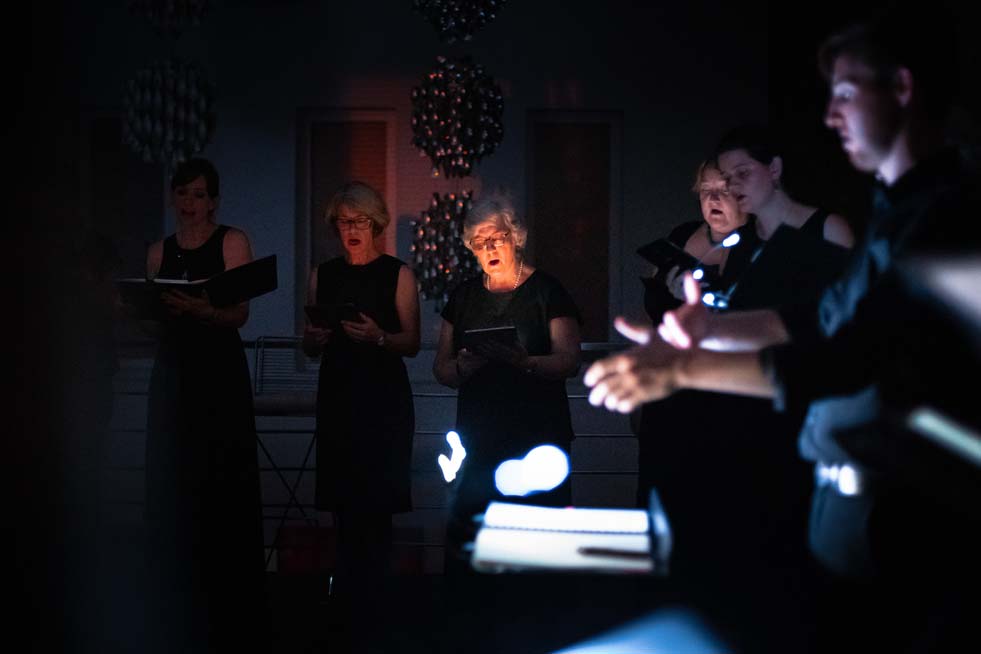 VOX has delivered over 80 performances in venues as diverse as UCT’s Irma Stern Museum, the city’s Youngblood Gallery, Spier Wine Farm, and an orchestral performance for over 800 people in St George’s Cathedral – a collaboration with two other choirs.

Duet of art and science

Woodland and Paulssen’s interests present a fascinating overlap of art and science, chemistry and medicine respectively, and the strengths of interdisciplinarity.

Woodland is a postdoctoral medicinal chemist at the Drug Discovery and Development Centre. He is a scientist with interdisciplinary research experience and an interest in developing strategies, such as treatments and tools, to tackle the scourge of infectious disease. Working under Professor Kelly Chibale, he designs and synthesises potential drug leads for malaria.

His classical music background dates back to his school career, and as a student, he conducted the UCT Choir for three years from 2010 to 2012.

Paulssen is a final-year medical student and graduated with his MSc (Med) in clinical anatomy last year after studying the effects on connective tissue of breast cancer treatment in women and how it affects their quality of life. The study inspired him to become a physician, and he was admitted to the MBChB programme during his MSc.

Together their combined skillsets and interests span the entire range of translational medicine – from bench (basic science) to bedside (the clinic).

Paulssen, who is from the Netherlands, didn’t grow up with classical music. It was only after meeting Woodland, who sang with the St George’s Singers, conducted by Dr Barry Smith (a former staff member at UCT’s South African College of Music), that his interest was piqued. Paulssen was encouraged by Smith to join them one evening.

“I didn’t even know how to read music,” said Paulssen. But several of the singers took him under their wing and almost immediately he fell in love with singing in a choir.

“Music and science have much in common,” he said. “Music and the arts are about engaging with people, creativity, or sitting at your desk trying to puzzle things out, which is not very different from science or medicine. I’m able to apply aspects of my musical leadership to my studies and to practising medicine, and vice versa. Both activities can change people’s lives in positive, tangible ways, but can be strengthened when lessons learned in one discipline are applied to the other.”

VOX is fulfilling their dream of offering immersive musical experiences to their singers and audiences. Their hallmark is individually crafted and branded performances, incorporating lighting, ambience and elements of theatre, with themes drawn from life, art and unusual pairings such as wine and music tastings at Groot Constantia.

“We wanted to highlight that choral music doesn’t have to be ‘old’ music in church spaces or a concert hall. We wanted to create a multi-sensory experience, different from anything that anyone else is doing,” said Woodland.

“We wanted to highlight that choral music doesn’t have to be ‘old’ music in church spaces or a concert hall.”

The motif for the performance was the origami disa (a threatened plant on the Cape Peninsula and elsewhere), handmade for and pinned on each performer’s chest.

“We wanted to make it locally relevant; it’s not just a concert anywhere. It’s about our uniquely South African flora,” said Paulssen.

“We even discovered an old piece of Afrikaans music written 50 years ago, called ‘Rooi disa’. We managed to track it down and sang it as a parting meditation,” Woodland added.

Paulssen: “So we really try to put thought into every aspect of the performances.”

Earlier this year, they participated in two courses for the UCT Summer School, presented by the Centre for Extra-Mural Studies. These lecture-performances in the Baxter Concert Hall included favourite choruses by Handel such as “Zadok the Priest” and the “Hallelujah Chorus”.

Another of VOX’s experiments was performing without lights in the Youngblood Gallery in a series of performances called “In the Dark”, a concept by Biblioteek Productions. Guests were given blindfolds on arrival to heighten the darkness. This year the ensemble performed from the gallery’s mezzanine level in a programme called “Evolution: From plainsong to polyphony”, spanning 1 000 years of choral music.

It provided a stark contrast – monastic music associated with dark cathedrals transformed by its contemporary setting in a modern gallery; “a modern-day cathedral,” Woodland quipped in his pre-concert talk.

“It works because the audience is also willing to step out of their comfort zone.”

“It works because the audience is also willing to step out of their comfort zone,” said Woodland.

VOX also has a strong outreach component, including cultural exchanges with other choirs and performances at schools, retirement villages and fundraisers. An example is the annual ArtAngels Fundraiser, which raised R2.7 million in 2018 for the Click Foundation, an initiative that addresses the country’s literacy crisis.

Although it is unclear when live performances will resume, VOX is not sitting still.

“Keep an eye out for more virtual choir performances and other online initiatives,” said Paulssen. Instead of focusing on the unpredictable time that lies ahead, VOX plans to celebrate what it has achieved over the past five years.

Woodland said, “Despite the uncertainty of the future, we are excited to evolve in a way that continues to serve our musical vision of creating immersive, imaginative experiences to enrich the life of the Mother City – and especially during this difficult time, we hope to bring comfort and beauty to people’s lives.” 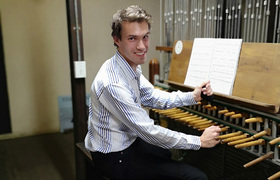