In an effort to get more young South Africans to understand and participate in important discourses that affect the country and the continent, two University of Cape Town (UCT) postgraduates have developed and produced a pan-African talk show that takes a feminist approach to news that aims to change the way the youth perceives and interacts with current affairs.

On The Revulva, the hosts have discussed politics, socioeconomic challenges and labour issues – and how these directly affect the everyday lives of the youth on the continent. Other topics have included the African Continental Free Trade Area and China’s relationship with African countries.

The show has been conceptualised and produced by UCT’s Sesethu Myoyo, a documentary film honours student, in collaboration with Sarin Drew, a master’s student in media theory and practice.

“We transform hard news by taking difficult topics like economics and discussing and unpacking it in a way that makes it accessible to everyone.”

“Hard news is normally presented in a factual manner and doesn’t allow for engagement and discussions to be fully fleshed out to its audience,” Myoyo said.

“We transform hard news by taking difficult topics like economics and discussing and unpacking it in a way that makes it accessible to everyone. The idea is that word-of-mouth news is better than anonymous, depersonalised news sources that often isolate youth audiences.”

According to Myoyo, The Revulva takes a “feminist approach” to news, and the business is modelled around a feminist political economy theory. This, she explained, means that the creators and producers are not just looking to create jobs, but also to create wealth.

“Often students are stuck in the rut of unemployment. This was a chance for skilled content creators to create work for ourselves by creating a new product.”

The Revulva is committed to job creation in the country – the show will employ more than 30 people during the different phases of production.

She said that the show caters for a young professional and skilled audience in “cosmopolitan” cities in Africa – “the young intellectual market” and recent graduates.

The show hosts a maximum of four guests each week in a three-segment interview:

“We give viewers the chance to sit on the couch and to have their voices heard. This type of engagement also encourages online conversations and action on a societal level. Viewers are able to use the online platform to mediate, strategise and create networks,” she said.

Myoyo said that the idea for the talk show came during a 2019 Stepping Stone video training course – a UCT short course presented to both UCT and non-UCT students that offers introductory training in television and video production.

“We came up with the idea during our training and decided that our show would focus on current affairs and it would be relevant, engaging and would help make news accessible,” Myoyo said.

Since concluding the production of the pilot series, which was first live streamed at the UCT Television Studio, with more than 1 000 viewers, DStv’s Channel 263 (Cape Town TV) picked up the show, and the first four episodes had approximately 45 000 viewers.

“For the second season we really want to take The Revulva to the next level and produce a show that will become a household name in our country and eventually on our continent.” 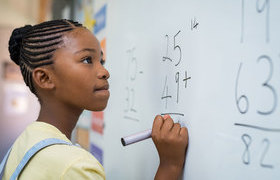