UCT-built app to support babies in need of breast milk

What began with a University of Cape Town (UCT) lecturer donating her breast milk to Milk Matters has resulted in a lasting relationship that has seen UCT students conducting research on and for the milk bank, as well as the development and upgrade of an app.

Milk Matters is a non-profit human milk bank based in Cape Town. Mothers who can express excess breast milk freeze their milk and donate it to the organisation. The milk is given to premature babies, who are particularly vulnerable to fatal complications if they are not fed breast milk, making the donations vital for saving lives and acting as a bridge to breastfeeding.

Since the inception of Milk Matters in 2003, over 2 500 mothers have donated breast milk, and thousands of babies at 28 different hospitals across the Western Cape have benefited from this lifeline.

Dr Melissa Densmore, a senior lecturer in the UCT Centre in Information and Communications Technologies for Development (ICT4D), is one of the mothers who decided to share her excess breast milk with babies in need. This was the start of the relationship between UCT and Milk Matters, which has seen Densmore supervise five students who have undertaken research on and for the milk bank.

In 2016 Chelsea-Joy Wardle and Mitchell Green were the first of Dr Densmore’s students to focus on Milk Matters for their honours research projects. This included designing an app that helped facilitate donations and communication. Wardle built on this and continued the research for her master’s degree, which she completed in 2019.

Under Densmore’s supervision, Wardle took an inclusive approach, known as co-design, to develop the app. This approach sees the user community involved and consulted at every stage of the development process.

The result was an app that provides donor mothers with a tool to track their donations and an estimate of how many babies their milk will feed. It also provides the donor mothers with useful breastfeeding information, details about Milk Matters depots and a simple tool to self-assess their ability to meet certain essential requirements of donating breast milk. They can also contact Milk Matters through the app for further information.

“It’s actually possible with quite a small team in a small space of time with very limited funding.”

Now three honours students are building on this research under Densmore’s supervision. Gerhard Serton, Dino Bossi and Gustavo Amicis M de Souza Mendes are aiming to make the app more widely available, improve communication between Milk Matters and donor mothers and make it easy and cost effective for the non-profit to share interesting and current information.

Serton, Bossi and Mendes are continuing with the co-design approach and have been in contact with donors and Milk Matters throughout – two of them have even joined in on a ‘milk run’ to help them better understand the process.

The group have completed the research and interview stages of the project and are hoping to complete development by the end of September 2020. Thereafter, the donors who participated in the research will remotely join for an evaluation of the app.

Upgrades to the app include making it available to both Android and iOS users, providing donor mothers with educational material, updating users on Milk Matters news and events, tracking and visualising donations and listing the locations of depots for registered users.

Top of mind for the honours students is “minimal cost and maximum reward”. This includes using technology that only requires writing one set of code for both operating systems and ensuring that supporting infrastructure remains “free tier”.

Bossi explained that by ensuring minimal cost and maximum reward, they hope to lay the groundwork for other non-profits that want to expand technologically but are concerned about cost.

“It’s actually possible with quite a small team in a small space of time with very limited funding,” he said.

Conducting their research and interviews during a pandemic presented a few challenges, which included depending on technology that wasn’t always reliable, connection issues, problems with microphones and finding interview times that suited everyone.

However, there were advantages to conducting interviews online, one of which was that if donors felt any discomfort about talking to three male students or about discussing breastfeeding, technology afforded a degree of distance and privacy. Serton, Bossi and Mendes also had Densmore’s support and guidance throughout, as well as that of Milk Matters’ chief executive, Jenny Wright.

This guidance, as well as the input of the donor mothers, left the three students with a greater appreciation and understanding of breastfeeding and the human milk banking process. The students were also grateful for the time and input of the donor mothers, who managed to contribute to the research while juggling childcare, managing their homes, work and donating breast milk.

With challenges overcome and lessons learnt, the team are ready to move on to the development stage and are excited about eventually releasing the app to the public.

‘It takes a community’

In addition to developing and updating the app, as well as enriching the field of human–computer interaction with research about milk banking in South Africa, Densmore and her students are also contributing towards community building.

“It takes a community to make it possible for a milk bank like ours to operate and feed babies.”

This has included assisting at the annual Milk Matters fun run, volunteering at the non-profit and helping collect donor milk from depots. Wright applauded the students and Densmore for the impact that their work and research have on the many vulnerable babies and families that Milk Matters serves.

She also thanked UCT for helping to raise awareness about the importance of donor breast milk among groups of people who might otherwise not have heard about it. This has included posters and a presentation at UCT’s annual Open Day, as well as the academic and mainstream articles that have been published.

“It takes a community to make it possible for a milk bank like ours to operate and feed babies, and we are delighted to have UCT, these students and Dr Melissa Densmore as part of our community, sharing our goal of saving premature babies’ lives and supporting breastfeeding in general,” said Wright. 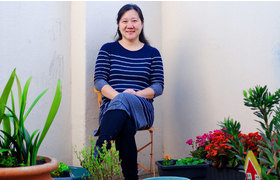 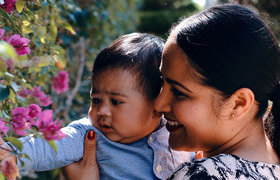 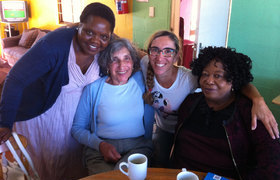 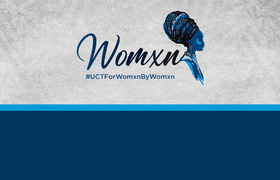