When Dr Victoria Gibbon was appointed curator of the University of Cape Town’s (UCT) skeletal collection in 2016, she never foresaw that the role would pave the way to one of the most extensive, significant and fulfilling projects of her career.

While no less important than her academic work, Gibbon’s curatorial duties were, after all, additional to her position as senior lecturer in biological anthropology within the Division of Clinical Anatomy and Biological Anthropology at UCT’s Department of Human Biology.

Nonetheless, her first year of curatorship – which coincided with important national conversations and initiatives around distinguishing between ethically and unethically obtained human remains within university and museum collections – proved to be a remarkable one indeed.

After attending a seminar on the topic, Gibbon returned to UCT and decided to conduct a comprehensive inventory of the skeletal collection under her care.

“Being a new curator, I wasn’t 100% sure what we had in our collection,” she recalled.

“With this lens, I went through everything to figure out if we had anything that would be classified as unethical.”

Her inventory yielded 11 skeletons that had undoubtedly been unethically obtained from within South Africa. Further investigation revealed that nine could be traced back to the Roggeveld region, close to Sutherland in the Northern Cape. Seven of those originated from the same cemetery on a farm called Kruisrivier.

“Whenever remains come into the collection, we have an archival record taken of who the donor was and some information about the donation,” Gibbon explained.

“In this case, the information about the donation was incredibly detailed and it included names, which is a warning sign.”

“Whenever remains come into the collection, we have an archival record taken of who the donor was and some information about the donation.”

The records indicate that these individuals had been Khoe and San labourers who lived and worked on Kruisrivier. Their remains had been exhumed and brought to UCT between 1925 and 1931 by, it emerged, a medical student whose family owned the farm.

Once it was established that they had been unethically obtained, Professor Malcolm Collins, head of the Department of Human Biology, immediately placed a moratorium on these specific skeletons while the university worked on finding a way to move forward as respectfully as possible.

Since there is no existing national policy or legislation dictating how to deal with cases of restitution, repatriation and reburial, UCT found itself adrift in uncharted territory.

“In absence of that, we tried figuring out the best way forward, using what little is known about previous processes and similar projects that involved other kinds of archaeological items that were not human remains,” Gibbon said.

A public apology was made and – through the office of Professor Loretta Feris, Deputy Vice-Chancellor for Transformation – the university initiated a process of restitution and reburial in 2018, starting with the nine individuals from Sutherland.

After important groundwork had been laid by a public participation advisor, Gibbon visited the Sutherland community to receive input on the next steps from the Abraham and Stuurman families, who had been identified as descendants of at least two of the individuals in question.

“I was quite surprised by the interest from the Sutherland community – the families in particular – in learning more about these individuals,” Gibbon said.

“My expectation had been that they wouldn’t want us to study their remains and that they’d want them reburied as soon as possible.”

“My expectation had been that they wouldn’t want us to study their remains and that they’d want them reburied as soon as possible.”

With not only the blessing, but also the encouragement of the families for further research to be conducted into the lives and deaths of the nine individuals whose bones had been unethically obtained by UCT, Gibbon set to work creating a collaborative project of truly impressive proportions.

Areas covered by the team – with members in South Africa, the United Kingdom and Germany – included, but were not limited to the following:

“It’s incredible to be part of something so big,” said Gibbon.

“We’ve looked through the literature and can’t find another restitution project that has been so comprehensive in terms of the different types of scientific analysis and the interdisciplinary approach in a project like this.”

She believes that this “internationally precedent-setting” project will also impact on future South African legislation around similar processes.

Apart from her demanding role as team lead, Gibbon also put in the hard yards as a researcher. With the assistance of the students under her supervision, they compiled a biological report on each of the nine individuals.

These reports included crucial information about who they were – how they lived, how they died, whether they were male or female, how tall they were and if there were any signs of trauma or disease.

“[One individual named] Voetje had an injury to his left knee and his left ankle, which is perhaps how he achieved his name, as he would have walked with a limp on that side of his body.”

“In the adults, there were some interesting characteristics,” she added.

“For instance, [one individual named] Voetje had an injury to his left knee and his left ankle, which is perhaps how he achieved his name, as he would have walked with a limp on that side of his body.”

For Gibbon, one of the most gratifying parts of the project was being able to help the family members reconnect with a part of their history and relational narrative that had previously been lost.

“This seeking of information from within the community is really what’s special about the project,” she said.

“It’s their search for knowledge and interest in the information.”

In the end, Gibbon said, the original process of restitution, repatriation and reburial has been eclipsed by something much more significant: reinstating a sense of the dignity that was stolen from each of the nine and, by extension, their families.

“This is really about community justice, and for me it’s the most fulfilling project I’ve been involved in, where we give back to community,” she concluded. 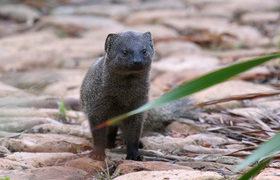 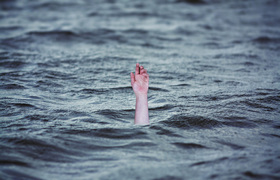