Students from eight countries in the Southern African Development Community have been invited to apply for a new CAD$5 000 (about R55 000) scholarship to the University of Cape Town (UCT) in 2020, established by a Zimbabwe-born lawyer now living in Canada.

The Daniel Samuel Maseko Memorial Scholarship is named for Dudley Maseko’s late father, in honour of “his unwavering belief in the value of a good education”.

Open to students from South Africa, Lesotho, Malawi, Mozambique, Namibia, Swaziland, Zambia and Zimbabwe, the scholarship is available to undergraduates across all study disciplines who demonstrate academic excellence, financial need and a history of community involvement.

Applications must be submitted to UCT’s Department of Student Affairs, who will shortlist three candidates. Maseko will then select the final successful candidate.

“I also plan to partner with my alma maters, Carleton University and the University of Ottawa, both in Ottawa, Canada, to arrange an exchange year in Canada for some recipients of the scholarships.”

Although one scholarship will be awarded for 2020, Maseko has plans to increase that number in the future.

“I also plan to partner with my alma maters, Carleton University and the University of Ottawa, both in Ottawa, Canada, to arrange an exchange year in Canada for some recipients of the scholarships,” he said.

Maseko completed high school at Prince Edward School in Harare before emigrating to Canada, where he earned an honours and a master’s degree from Carleton University. He went on to complete his law degree at the University of Ottawa.

Candidates may not be older than 23 when they submit their applications. Other criteria are:

The deadline for applications is 31 July annually in the year preceding the planned year of study.

Documenting and preserving African heritage sites Through its repository of spatial data of African cultural heritage sites, the Zamani Project is contributing to UCT’s roots as an African university. 23 Sep 2020 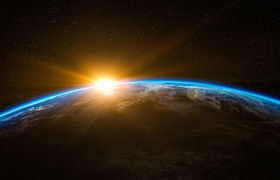