A new paper in the Journal of Water Process Engineering by University of Cape Town (UCT) researchers Waseefa Ebrahim and Dr Dyllon Randall offers some practical solutions for water savers to avoid damaging their sanitation infrastructure.

The paper is in response to the devastating 2015–2018 drought and its aftermath when citizens got behind city-wide water savings initiatives and adopted the catchphrase “If it’s yellow let it mellow”, flushing less and using grey water to do so.

“But the immediate toilet infrastructure, such as the trap, siphon and piping connection to the sewer network, could become clogged.”

Ebrahim and Randall calculated that the city’s waste-water treatment plants could cope with the additional estimated 893 tons of solids added to the system from grey-water flushing and allowing urine to stagnate in toilet bowls.

But the immediate toilet infrastructure, such as the trap, siphon and piping connection to the sewer network, could become clogged by solids because of precipitation during reduced flushing periods.

In their lab tests they used cleaning products typically found in South African households to provide a realistic product representation for the synthetic grey water, and included soap, shampoo, vinegar and bleach. By testing the solutions before and after flushing, they recorded the most significant compositional changes for analysis.

They found that some solids that had formed during their experiments could not be removed from equipment simply by rinsing with water. Instead, equipment had to be cleaned using a weak acid solution.

“This suggests that solids could serve as nuclei on which new solids grow,” they noted.

“This could lead to solid build-up in the pipes, reducing their capacity and lifespan.”

The key parameter that influences the build-up of solids is the pH of the solution, said Randall. Conventionally, flushing a toilet bowl with tap water after each toilet use will decrease the pH and thus limit solid build-up.

“However, limited toilet flushing and flushing with grey water, which inherently has a high pH, will increase the pH of the solution. It is this increase in solution pH that results in solid formation from the stagnating urine.”

Ebrahim and Randall found that the maximum pH of the solution in the toilet bowl was reached in just two days when using grey water to flush, which resulted in excessive solid formation.

They say further research is urgent if costly piping and infrastructure replacement is to be avoided.

In their paper, the researchers have listed five recommendations:

Randall, who is also part of UCT’s Future Water Institute, hopes that future households will have waterless urinals, also designed to recover nutrients from urine.

“This would limit issues associated with stagnating urine in toilet bowls during times of reduced toilet flushing while also saving water and recovering valuable resources.”

He added: “The social acceptance and technical feasibility at a household level would have to also be assessed though for this method to be adopted.”

Looking ahead, Ebrahim said society is moving towards closing the loop on the water cycle by reusing grey water and reducing waste in general.

“It [this work] was inspired by the Cape Town [water] crisis but ultimately we’re looking towards what the sanitation of the future will look like.” 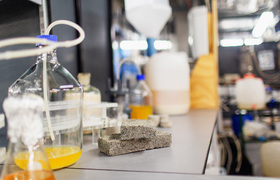 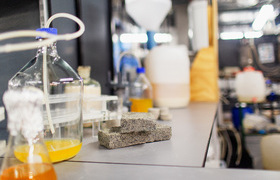