And the outlook is not good, he cautioned, adding that unless there is significant action by 2030, there will be a projected 17% shortage in water supply.

The deficit, as stated by the Department of Water and Sanitation’s (DWS) Master Plan, may even be under-reported, Winter added.

“The plan acknowledges the current state of water resources. The crisis is real. Greta Thunberg, the 16-year-old environmental activist who spoke at Davos about climate change, put it bluntly, ‘I want you to panic ... our house is on fire’.

“The Master Plan is a ‘call to action’, and rightly so. The report begins with a frank admission that the house is in serious trouble and it is going to take a Herculean effort to deal with multiple fires.”

Extent of the crisis

The “call to action” outlines the usual themes that explain the causes of the crisis, he continued.

“But this time it offers a level of detail that is uncharacteristic of the DWS and breaks rank with the tradition of the former National Water Resources Strategy report (NWRS2) (2013) which was descriptive, fluffy, and has contributed little to progress in water management. NWRS is another lost report.

“If ‘water is life’ then the current water crisis should never have been allowed to happen. The reality, as reported by the Master Plan, is caused by a lack of investment in water infrastructure and maintenance, resulting in an alarming 56% of all wastewater treatment works and 44% of water treatment works being categorised as in a poor or critical condition, while 11% are described as dysfunctional.”

“If ‘water is life’ then the current water crisis should never have been allowed to happen.”

The lack of investment is partly explained by the fact that 41% of municipal water does not generate any revenue, while a further 35% is lost through leakage. DWS estimates that it will take R33 billion each year for the next 10 years to achieve water security, and avoid a 17% deficit.

The current budget for DWS is R15.5 billion and the National Treasury has no plans to increase this amount over and above inflation for the foreseeable future. There is a significant financial shortfall.

The gap in access to water and sanitation is also unacceptable, said Winter.

Over 3 million people cannot access a clean water supply and 14.1 million do not have safe sanitation. Only 64% of South African households have access to a reliable water supply service. The link between access to safe, clean water and sanitation and the cost of medical services to support people who live in unhealthy conditions is unknown.

“The logic is if you fix the water services then it will reduce the medical burden and costs to the country.”

Similarly, the overall cost of deteriorating water quality and resultant loss of environmental and ecological resources is unknown. The DWS Master Plan reports that between 1999 and 2011 there was a 500% increase in the deterioration of the ecological condition in South Africa’s main rivers, pushing them beyond the point of recovery.

“The call to action is loud and clear. The house is on fire and is putting human and ecological health at huge risk.”

The Master Plan and schedule for actionable items is detailed. It includes deliverables, priorities and costs, but also a litany of claims as to why certain actions have not been achieved to date. These include a lack of commitment, poor leadership, lack of responsibility and insufficient revenue, said Winter.

“The Master Plan has only just begun, but the final column on achievements to date doesn’t make for good reading. The call to action is faltering.”

No one who is actively engaged in the water sector doubts the enormity and complexity of water resource management. Bold action plans are required to prioritise and guide actions, but success will be hard to achieve – for four major reasons:

“There is no doubt that the Master Plan is a well thought-through and comprehensive document. It exudes fighting talk. However, what is at stake is the capacity to implement these plans such that they will enable South Africa to adapt much faster to multiple drivers of change, and not only climate change and population development,” said Winter. 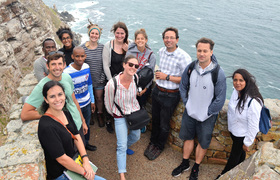 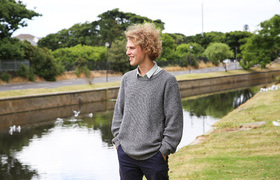 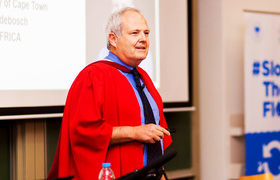