Participants at the University of Cape Town’s (UCT) 2019 Summer School, an annual two-week programme run by the Centre for Extra Mural Studies (EMS), spent three days delving into the lives of some of South Africa’s infamous apartheid-era spies.

Betrayed and humiliated, anti-apartheid activist Mackay directed these questions at Joy Harnden, a former spy for the apartheid regime’s security police. Harden had passed herself off as an African National Congress (ANC) comrade, betraying Mackay and many others.

However, Summer School course presenter Jonathan Ancer highlighted Harnden as one of only two spies he believes showed remorse for their betrayal and crimes.

The other is Mark Behr, who was deployed at Stellenbosch University to gather intelligence on the few white liberal students at the institution.

Although Ancer, an author and journalist, never met Behr, he told Summer School participants that he engaged with Behrʼs former friends and comrades. The evidence of how Behr grappled with his past, which emerged from these discussions, indicated a sense of remorse in the erstwhile spy.

A sense of remorse

Ancer’s discussions with Harnden and his research into Behr’s life are contained in his book, Spy: Uncovering Craig Williamson. The book provided the foundation for the three-day short course, titled “The Double Lives of South Africa’s Spies”. The course began on Monday and ended on Wednesday, 10 January.

“There really is an attempt to grapple with our history and with what these issues mean and why they’re important.”

Over the three days, Ancer took participants through his research, sharing his insights and fielding questions about the mystery that surrounds those who choose to become spies. Day one was titled “Spies, lies and the search for Pink Rabbit”, and day two “Who’s who in the espionage zoo”.

On the final day, Ancer spoke to the participants about how, through his research, he had himself had to grapple with the themes of betrayal and forgiveness. Betrayal is a thread throughout the book – most obviously by the spies, but also by activist parents who put the liberation struggle ahead of their families.

Ancer recounted discussions with victims of deceit and told how, while many had since forgiven the spies, for some – like the South African Communist Party’s (SACP) Toni Strasburg (née Bernstein) – the wounds remain fresh. Strasburg’s former lover, Gerald Ludi, infiltrated the SACP and led the security branch to her home, where they had recorded meetings, as well as the pair’s affair.

“For many, the scars of betrayal never heal,” said Ancer.

Ancer’s course centred around Williamson, the focus of his book and one of apartheid South Africa’s more infamous spies and assassins. He has been linked to the murders of struggle stalwart Ruth First and of anti-apartheid activist Jeanette Schoon, and her six-year-old daughter Katryn, all by parcel bombs.

But along with Williamson, Harnden, Behr and Ludi, Ancer introduced participants to the lives and motivations of other apartheid operatives like Olivia Forsyth, Carl Edwards, Gordon Brookbanks and Robert Whitecross. Also analysed were spies for the liberation struggle – often referred to as “righteous spies” – such as Roland Hunter, Dieter Gearheart and the controversial Carl Niehaus and Robert McBride.

“[Agencies] prefer for spies to be motivated by money because then they can control them … And they’ve got bottomless budgets.”

Ancer explained the concept of “MICE”, the acronym denoting the four motivating factors for why people become spies. These are money, ideology, coercion or ego, and excitement.

One of the course participants, a former member of UCT’s Varsity newspaper, told Ancer about a fellow student who was recruited in the late 1960s to spy on them. The student photographer admitted this to his colleagues, saying he used the money he had received to cover the treatment for his “desperately ill” sister.

“[Agencies] prefer for spies to be motivated by money because then they can control them … And they’ve got bottomless budgets,” Ancer responded.

For Ancer, who has toured the country attending book festivals, the Summer School experience was “really rich”.

“It was lively, it was engaging, and I enjoyed the conversations and the remarkable discussions about our past and our future.”

He said he felt there was a clear sense of participants wanting to learn, of their curiosity and their academic interest in the topic. He added that many of the participants had lived through the era detailed in his book, and were now trying to understand what had happened.

“There really is an attempt to grapple with our history and with what these issues mean, and why they’re important.”

While Ancer’s “The Double Lives of South Africa’s Spies” has come to an end, UCT’s Summer School runs until 25 January. Courses are open to all, regardless of qualification. 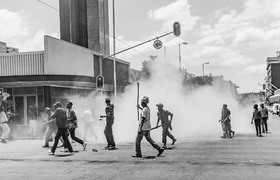 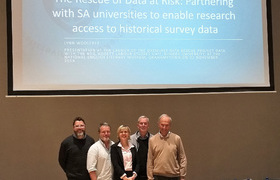 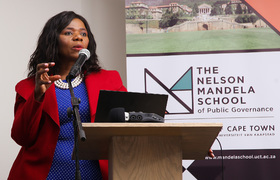 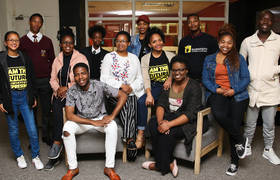