Two valuable historical datasets have been rescued thanks to a partnership between the University of Cape Town’s (UCT) DataFirst research data service, the Neil Aggett Labour Studies Unit (NALSU) and Rhodes Library at Rhodes University (RU), UCT Libraries, and the University of KwaZulu-Natal (UKZN).

The two datasets – the Keiskammahoek Rural Survey (KRS) and the Surplus People Project Survey (SPP) – were recently launched at Rhodes University. The rescue and launch of the surveys in late November form part of a national data rescue project initiated by DataFirst.

At the launch, DataFirst founding director Professor Emeritus Francis Wilson provided an account of the development of quantitative research capabilities in South Africa. He also recalled his introduction to KRS, saying that as a young boy he would assist his mother, Professor Monica Wilson, by measuring the water level with a ruler.

Founding head of NALSU and member of the DataFirst external advisory board Dr John Reynolds gave a brief overview of the SPP and KRS. UCT’s Lynn Woolfrey, manager of DataFirst, then provided further information on digitising the two datasets.

The KRS, a government survey of villages in Keiskammahoek in former Ciskei, was conducted between 1948 and 1950. It was funded by the National Council for Social Research and provided a benchmark for rural and social science research across the country.

The results of the KRS were published in four volumes in 1952, focusing on the natural history of Keiskammahoek, its economy, social structure and land tenure.

Research for the initial survey as well as the follow-up in the late 1970s to mid-1980s led to the publication of the 1997 book, From Reserve to Region: Apartheid and Social Change in the Keiskammahoek District of (Former) Ciskei (1950–1990).

“The rescue and collaboration underscored the importance of the original dataset as well as publishing data publicly.”

The book was edited by professors De Wet and Michael Whisson, from RU’s Department of Anthropology.

The SPP survey was undertaken by the Surplus People Project non-governmental organisation between 1980 and 1981. It focused on the victims of apartheid-era forced removals and the implications thereof. After collection, the data was spread between libraries at UCT (now housed in the Special Collections) and UKZN.

The rescue and collaboration underscored the importance of the original dataset as well as publishing data publicly.

The rescue of the datasets is but one recent milestone for UCT’s DataFirst. In November, DataFirst became Africa’s only internationally certified African repository after being awarded the CoreTrustSeal endorsement.

For more information about DataFirst’s services and training, visit their website. 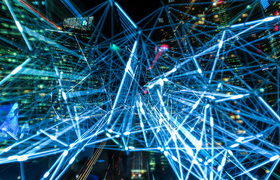 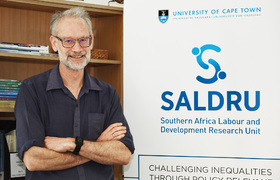 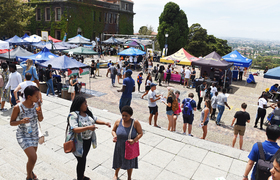