University of Cape Town (UCT) student Lerato Hlaka is among 14 exceptional young female African scientists to be honoured with a L’Oréal-UNESCO For Women in Science doctoral fellowship, awarded at an event in Nairobi, Kenya on 6 December.

Hlaka’s research, conducted in the Department of Pathology in the Division of Immunology, is focused on identifying potential drug targets for pathogen and host-directed therapy for tuberculosis (TB).

The ceremony, the ninth since the sub-Saharan regional fellowships were launched in 2010, is evidence of the significant growth of the regional programme, which highlights the L’Oréal Foundation’s strong commitment to African female scientists, along with its dedication to the development of scientific excellence for women in Africa.

“Science and technology are key to addressing these challenges, and this will not be possible without women. Their talents and perspectives enrich relevant research.”

The 14 fellows for 2018 include 12 doctoral and two postdoctoral fellows drawn from five sub-Saharan countries. Other than South Africa, these are Ghana, Mauritius, Kenya and Nigeria.

Next year, Palt announced at the ceremony, they will split the programme into one focused on South Africa, and another for the pan-African region. They will also up the number of fellows to 20.

South Africa has one of the highest burdens of TB globally, and the third highest TB incidence of any country after India and China. Incidence has increased by 400% over the past 15 years.

Hlaka said this high incidence, especially of drug-resistant TB, drove an urgent need for the development of new, effective drugs.

“Understanding the different levels of host-pathogen interactions may lead to identification of potential drug targets that may result in the development of a novel, shortened and effective drug regimen for TB therapy.”

“It is such an honour for our work to be selected for a fellowship by L’Oréal-UNESCO For Women in Science.”

She thanked her supervisor Associate Professor Reto Guler, and co-supervisors Professor Frank Brombacher and Dr Mumin Ozturk, for giving her the opportunity to be part of this work. She also thanked the project team, including Michael Rosslee, Dr Santosh Kumar, Nathan Kieswetter and Julius Chia, for their support.

“It is such an honour for our work to be selected for a fellowship by L’Oréal-UNESCO For Women in Science,” she said.

Hlaka was named as one of the Mail & Guardian’s Top 200 Young South Africans last year, and received second prize in the Institute of Infectious Diseases and Molecular Medicine (IDM) postgraduate students’ publication awards for her first co-authored publication in the Journal of Antimicrobial Chemotherapy. 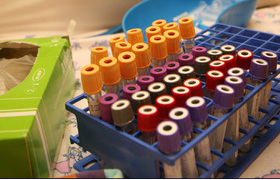 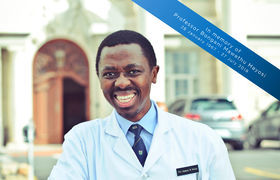 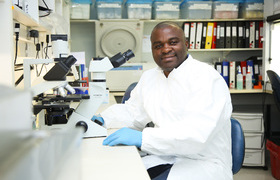