The annual event, a highlight on South Africa’s health calendar, recognises and celebrates leading health researchers through a set of medal awards. The gold medal is awarded to established senior scientists in recognition of seminal scientific contributions that have impacted on the health of people, especially in developing countries.

Williamson, from UCT’s Department of Pathology, is internationally recognised in two major research areas. The first is vaccinology, with an emphasis on the development of novel vaccines, and the second is in the field of human papillomavirus (HPV).

She holds a South African Research Chairs Initiative (SARChi) research chair in vaccinology and is actively training postgraduate students. Her standing is confirmed by an H factor of 46 on Google Scholar, which is considered “excellent”.

“This was a high-level biotechnology project which took products from concept all the way to clinical trials.”

Williamson also directed the multidisciplinary team of as many as 40 people who got two locally-developed HIV vaccines into clinical trials.

“This was a high-level biotechnology project which took products from concept all the way to clinical trials,” she said, adding that there are only a limited number of university-based groups internationally who have achieved this.

“And, as far as we know, there are none in Africa who have achieved this level of success.”

Williamson has several vaccine patents, and the group has also established a number of sophisticated vaccine technology platforms.

Cervical cancer, one of the most important cancers in Africa and other parts of the developing world, is caused by specific types of HPV. Her current research is aimed at providing data to support HPV vaccine introduction in South Africa, as well as understanding the factors influencing infection and persistence of HPV.

With HIV and HPV both responsible for major public health problems in South Africa, she has developed a specific interest in the impact of HIV infection on HPV, establishing her laboratory as an important world centre of expertise in the area.

“[Williamson has established] her laboratory as an important world centre of expertise.”

At the gala event, platinum awards went to Professor Maureen Coetzee, a medical entomologist in the field of malaria mosquito control, and Professor Charles Feldman, a Distinguished Professor of Pulmonology whose work is focused on pneumococcal pneumonia. Platinum awards are given in recognition of “a lifetime of outstanding endeavours in the field of health”. Coetzee and Feldman are both researchers at the University of the Witwatersrand.

Senior scientists honoured with silver medals for their focus on “Capacity Development under Challenging Circumstances” were Professor Zodwa Dlamini (Mangosuthu University of Technology) and Professor Eunice Seekoe, dean of the Faculty of Health Sciences at the University of Fort Hare.

A Special Award for Contribution to Public Health Surveillance and Research was conferred on Professor Lucille Blumberg, deputy director of the National Institute for Communicable Diseases of the National Health Laboratory Service. 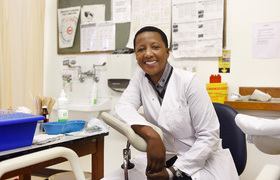 News
Put yourself out there, urges Mbatani 04 Jul 2018 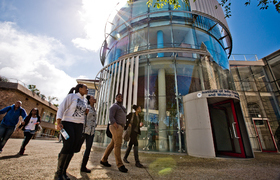 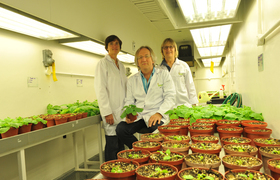 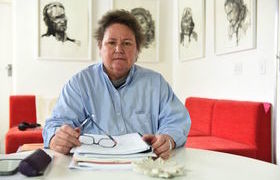