HIV/AIDS epidemic at risk of resurgence?

The HIV epidemic is not on track to end by 2030, and current approaches to HIV control are not enough, according to a new Lancet commission led by the International AIDS Society. The lead commissioner is Professor Linda-Gail Bekker, deputy director of the Desmond Tutu HIV Centre in the University of Cape Townʼs Institute of Infectious Disease and Molecular Medicine. She is also the president of the International AIDS Society.

The report combines the expertise of more than 40 international experts, who make recommendations for how healthcare professionals can work together to advance global health and improve the HIV response. It also models the impact of combining HIV screening and treatment within other health services. The report is being presented at the AIDS 2018 conference in Amsterdam later this month.

“Global health is beginning to falter as democracy, civil society and human rights deteriorate in many countries, and as development assistance for health has stalled,” said Bekker.

“This loss of momentum comes as health systems need to become stronger to contend with the growing numbers of non-communicable diseases.

“The HIV response and the broader global health field must work together. Despite the remarkable progress of the HIV response, the situation has stagnated in the past decade. Reinvigorating this work will be demanding, but the future health and well-being of millions of people require that we meet this challenge,” she added.

“Reinvigorating this work will be demanding, but the future health and well-being of millions of people require that we meet this challenge.”

Up to 38.8 million people were living with HIV worldwide in 2015–2016, and around two million new cases were diagnosed in 2015. There were one million AIDS-related deaths in 2016, and overall more than 35 million people have died of AIDS-related causes since the start of the epidemic.

HIV remains prevalent in marginalised groups, young people (particularly teenage girls and young women), and in countries where health systems struggle to provide the necessary services. In sub-Saharan Africa, the risk of HIV infection peaks at age 15–24 years for young women, and AIDS is the fourth leading cause of death for this group.

New infections are declining, but far too slowly to reach the UNAIDS target of 500 000 new infections by 2020.

At the same time, the population of people with HIV is steadily growing older due to the effectiveness of antiretroviral therapy (ART). Between 2012 and 2016, the number of people older than 50 years living with HIV increased by 36% worldwide.

As this group have an increased risk of age-related diseases (such as cardiovascular disease, neurocognitive disorders, renal disease and some cancers), a focus on prevention and management of non-communicable diseases (NCDs) for people with HIV is needed, creating a crossover with global health and wider health services.

HIV funding has remained flat in recent years, at about US$19.1 billion, roughly $7 billion short of the estimated amount needed to achieve the UNAIDS 90-90-90 targets (90% of all people living with HIV to know their status, 90% of all people with diagnosed HIV infection to receive ART, and 90% of all people receiving ART to have viral suppression by 2020).

This is happening as a growing number of people are receiving ART and will require sustained access for decades to come.

Exceptionalism and the future

The authors call on HIV and global health researchers, healthcare professionals and policy makers to work together to improve the HIV response, arguing that this may be essential to achieve ambitious global HIV targets to end HIV by 2030 and to maintain treatment access.

Increased funding is needed immediately to avert another epidemic and to also benefit broader health outcomes. The ‘exceptionalist’ approach of the HIV response (where specific funding and health services have been provided for HIV alone) has been highly effective, but it may not be sustainable.

In Kenya, for example, approximately 1.6 million people are living with HIV and around 30% of cases remain undiagnosed. At the same time, there is an increasing burden of NCDs (accounting for 27% of all deaths and 50% of all hospital admissions), which is largely due to a lack of early detection.

Although setting up the combined screening programme would cost approximately US$60 million for the first year, the authors believe the intervention would be cost-effective with respect to both HIV- and NCD-related outcomes, although it would require substantial healthcare resources to meet demand.

Meeting the needs of the people

“Health systems must be designed to meet the needs of the people they serve, including having the capacity to address multiple health problems simultaneously,” says co-chair of the commission Professor Chris Beyrer of the John Hopkins Bloomberg School of Public Health in the United States.

“No one can be left behind in our efforts to achieve sustainable health ... The HIV community must make common cause with the global health field.

“The HIV response’s multidisciplinary, inclusive approach, its engagement of civil society, emphasis on human rights and equality, galvanisation of scientific innovation, and global collaboration are important elements that could revitalise global health’s aim for sustainable health for all.” 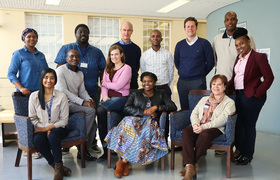 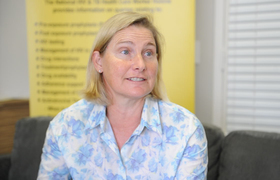 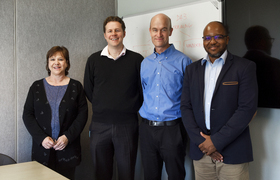 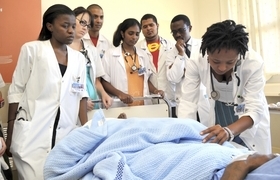