Bianca Rousseau not only managed to overcome many personal difficulties on her own journey to graduation, but has now committed herself to helping other students who follow in her footsteps.

Bianca always wanted to continue studying after matriculating, but as one of four children being raised by a single mother, there just wasn’t the money.

“The day after I wrote my final matric exam, I started work in the hospitality industry. My plan was to save up enough money to pay for my studies myself,” she recalls.

It took her longer than she had expected, but in 2010 Bianca finally began studying towards her BCom in marketing management through UNISA.

“It was hard to work and study,” she says, “and I often found it lonely, but I passed all the modules I started with distinction.”

Unfortunately, financial pressures again got in the way of her dream, and she could finish only the first semester.

Not long afterwards Bianca married and had her first child. Then her mother was diagnosed with cancer and Bianca took some time off to care for her. Her mother died when Bianca was seven months pregnant with her second child.

An example to her daughter

After taking care of her mother’s funeral expenses, with R10 000 left over, Bianca knew she could easily use that money for everyday living expenses.

“But I decided to rather invest it in my future. I’d had enough of struggling due to a lack of education and, more than anything, I wanted to be an example to my daughter. I understood that this pattern was an apartheid hangover, but I was determined to break it,” she says.

“I’d had enough of struggling due to a lack of education and, more than anything, I wanted to be an example to my daughter.”

Bianca signed up with Get Smarter for a three-month human resource management online short course, which started when her daughter was three weeks old.

“Even though I didn’t have any background in the subject and I often had to study at 2 am while breastfeeding, I got a distinction. This gave me a sense of accomplishment, but it didn’t really help my career as recruiters wanted to see more than just a short course.”

Two years later Bianca met Luvuyo Rani, the CEO of Silulo Ulutho Technologies, who told her about the UCT Graduate School of Business (GSB), prompting her decision to pursue a Postgraduate Diploma (PGDip) in Management Practice.

Not ready to give up

“The day I received my acceptance letter, I cried,” Bianca recalls. But her struggles were far from over.

She remembers attending the introduction on the first day and hearing the financial manager’s warning about late fee payments.

“I sat there wondering how I was going to pay for the course,” she remembers. “I had hoped to get a bursary, but I discovered there weren’t any for the course. I couldn’t afford to be blacklisted. As it was I felt like an imposter. My classmates were all professionals and postgraduate students. I felt inadequate with only my matric.”

Not ready to give up, she and her husband decided to refinance their house to fund her course.

“It was a scary thing to do but I believed that it would be worthwhile, that it was an investment for the future.”

“It was a scary thing to do but I believed that it would be worthwhile, that it was an investment for the future.”

Every three months Bianca and her fellow students would have a study block of nine days, with daily lectures from 08:00 to 18:00. After lectures they would work for hours in groups, often only finishing at 02:00. And after each block it was straight back to her nine-to-five job.

Despite finding the work gruelling, Rousseau got 74% for her first study block.

It was also at this time that she was introduced to value-based and transformational leadership by Professor Kurt April.

“I became so enamoured with what he taught us – he had this way of opening up new possibilities without minimising the enormous barriers still faced by people of colour in South Africa. I soaked up every word he said,” Bianca says, adding that, as a direct result, she resigned from her job in the ITC sector. “I realised that the organisation’s business practices were less than exemplary, and in direct conflict with my personal values,” she explains.

Worthy of a pass

Rousseau was excited to start her second study module, but suffered a further blow when her mother-in-law was diagnosed with a brain tumour. It took months to secure an MRI appointment and Bianca remembers this as an incredibly trying time.

“My husband, my pillar of strength, found taking care of our two young children, along with his demanding job and this new reality, extremely challenging.”

Fortunately, they eventually they learnt the tumour was benign, but by that time Bianca was really worried she was going to fail.

She approached Dr Elanca Shelley, who took the time to read Bianca’s paper herself.

“She was so kind and accommodating, and said she thought it was worthy of a pass. And it was.”

“This time I worked really hard. Long story short, I got 89%! I didn’t know whether to laugh or cry when I thought back to that day 15 years previously when my mom told me she couldn’t afford tertiary studies for me.”

Bianca was also struck by the need for funding or bursaries for deserving students wanting to pursue the same course.

“It seemed absurd that there were no bursaries available, especially as the course is a stepping stone for the very kind of person who most needs support”

“It seemed absurd that there were no bursaries available, especially as the course is a stepping stone for the very kind of person who most needs support – people trying to bridge a gap in their studies, people of colour, mothers. People like me.”

I can make a difference

“A classmate suggested I set up a meeting with the GSB’s Director of Open Academic Programmes, Segran Nair. So I did.”

Bianca was nervous, but Nair was positive about the idea.

“He said it was a great idea, and that I should be the one to make it happen. This stuck with me – not just because he agreed, but also because suddenly I had the agency, the ball was in my court. For the first time, I thought, I can make a difference. This revelation gave birth to the One on One Fund, an initiative started on behalf of the PGDip class of 2017.”

Bianca also found a new job with an NGO, which she is excited to start later this year. But she is not giving up on the fund.

“The structures are all there. We just need to find the funders,” she says. “I think it’s a great proposition: an organisation that identifies an area of skills shortage can donate the (tax-deductible) tuition costs for a worthy student, then link them with an appropriate mentor. If the student’s research projects are also linked to the donor organisation, the student benefits from experience and professional mentorship, while the organisation enjoys the research results and gets to invest in a corporate social investment initiative. There’s also the added advantage of gaining in-depth insight into a potential employee, with no obligation to hire them at the end of the course.”

“I wish my mom was here to see me, I know how proud she’d be. I feel honoured to dedicate this success to her.”

Bianca will graduate on 22 June 2018. She will also be awarded two class medals – one for her results in the emerging markets module, and one for social innovation and entrepreneurship. For her, it feels like she is being launched into a whole new life:

“I wish my mom was here to see me, I know how proud she’d be. I feel honoured to dedicate this success to her.” 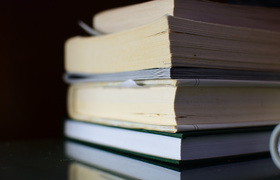