A study by researchers from the University of Cape Town on the hotly debated issue of affirmative action has shown that the university’s policies have a substantial impact on the racial distribution of who is offered a place at the university.

The paper, titled “Estimating the size and impact of affirmative action in undergraduate admissions at the University of Cape Town”, was recently published in the South African Journal of Economics.

Lead researcher Andrew Kerr from DataFirst in the Faculty of Commerce; Patrizio Piraino, associate professor at UCT’s School of Economics; and Vimal Ranchhod, the deputy director of the Southern Africa Labour and Development Research Unit (SALDRU) looked into various sources of data to estimate the extent and targeting of affirmative action at UCT.

The researchers had access to application data for the 2007 and 2013 academic years for first-year undergraduate applications to UCT. An affirmative action policy was in place for both of these years. They also looked at South African population census data and administrative enrolment and graduation data from the South African Department of Higher Education and Training.

In contrast, offers to white applicants would have risen by 17% in 2007 and 30% in 2013 if there had been no affirmative action policy in place. Indian applicants would also have benefited.

The UCT researchers also found that white applicants to UCT are not overly displaced by affirmative action and that it is well targeted towards undergraduate applicants of a lower socio-economic status.

“We felt it was important to interrogate some of the assumptions made by different people in this debate.”

Drilling deeply into a critical issue

Over the years, debate has been swirling about affirmative action, both on a countrywide level and at UCT. For the researchers, the time was ripe to drill deeply into this critical issue.

“Our findings show that students who benefit from affirmative action are overwhelmingly poorer than the students who are disadvantaged by the affirmative action policy. This is important because part of the debate was about whether mostly affluent black applicants were benefiting at the expense of white applicants. Our research shows that this is not correct,” Kerr said.

The study found that most white applicants who didn’t get into their chosen course of study at UCT had successfully applied somewhere else, either to another faculty or department at UCT, or to another university.

An area which could raise concern is that black African beneficiaries of affirmative action who enrol at UCT are less likely to graduate when compared with their counterparts who were offered a place at UCT but subsequently enrolled at other public universities.

“To the extent that UCT has higher than average standards of learning/assessment in the country, this may not be surprising. Nonetheless, this raises questions about the soundness of the academic support system for affirmative action beneficiaries in place at UCT,” the paper said.

Despite this being a contentious and hotly debated field, the researchers said that there had been no evidence on the extent, targeting or impact of affirmative action at higher education institutions in South Africa until now. While UCT had approved a new admissions policy in 2014, research into affirmative action using the university’s own data also hadn’t been done.

This latest study could shine some light on an issue that has gained momentum with the wave of student protests and calls for transformation at UCT as well as other universities.

“We felt it was important to interrogate some of the assumptions made by different people in this debate,” said Kerr.

Inequality and discrimination continue to linger in the higher education space in South Africa.

“Inequalities stem from a long history of racial discrimination, most recently in the apartheid period, and despite some progress, life chances are still strongly correlated with an individual’s racial group,” according to the paper.

Although the affirmative action policy has made changes to the overall picture at UCT, the researchers agree that there is a long way to go.

“UCT is a long way from having a student population that looks like the overall population,” said Kerr.

“UCT is in a difficult position. It has to take into account demands for redress, while also taking into account that many matriculants are not properly prepared for university study … and that includes many privileged students.”

Kerr said he hoped the research would add to the public discussion on whether affirmative action at universities was the way to go.

“We hope the research will make universities in South Africa consider using the data they have to try to answer important questions in the future. We also hope it will shed light on the broader debate about the admissions policy, which has often just generated heat and little light.” 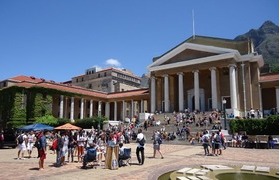 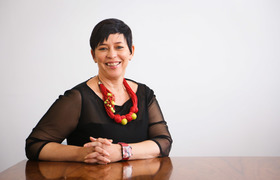 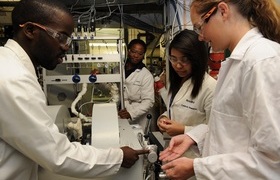