Ever wondered what risks geomagnetic storms could pose to the electrical power system?

Powered by a $493 425 grant from the Open Philanthropy Project, UCT's Emeritus Professor Trevor Gaunt will be able to fund more doctoral and master's students to help understand this phenomenon.

After investigating geomagnetic storms in 2014 and 2015 as part of their interest in global catastrophic risks, Open Philanthropy Project researchers found that the storms are caused by cataclysms on the surface of the sun, which fling magnetically charged matter toward earth.

The collisions can rattle earth's magnetic field, sending power surges through electrical grids. The high-speed particles can also take out satellites that are critical for communication and navigation.

An extreme storm might be able to damage electrical grids enough to black out power on a continental scale for months or even years. Lives would be lost, since essential infrastructure of urban living, from food transport to law enforcement, depends on being able to plug things in and turn them on. The toll of such a disaster would also be tallied in economic terms, presumably in the trillions of dollars.

Gaunt, from UCT's Department of Electrical Engineering, is one of the few researchers not employed by industry who is working on this topic. 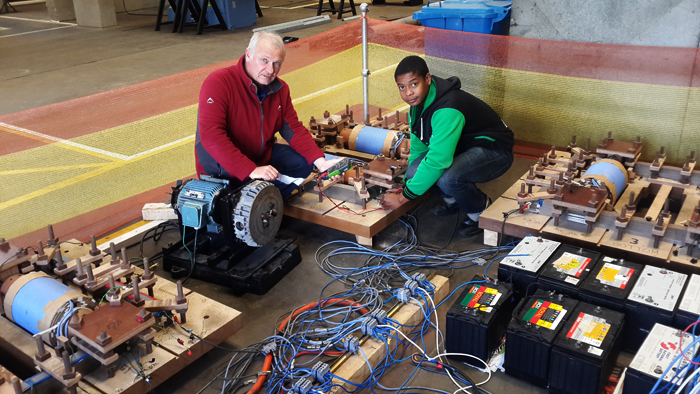 “The problems exist in a multidisciplinary system of space science, power system and transformer engineering, and energy economics, which will provide an interesting learning environment,” said Gaunt. “The grant enables us to award bursaries to three doctoral and six master's students starting in 2017 and five more master's students in 2018.”

Gaunt added that developing decision-making support for the electricity utilities of many countries brings great opportunities for international collaboration and experience for the students.