Each year the Vice-Chancellor's Concert provides a special platform for Dr Max Price to thank staff − and the communities that support them − highlight academic achievements, and showcase the SACM's finest at the Baxter Theatre Centre.

Vocalist Zinzi Nogavu and Dylan Jeffreys (djembe drum) set the scene (but not the mood) with a traditional lament (Vukani noba nilele medley).

Those who attended the December graduations will remember that in the wake of Nelson's Mandela's death on 5 December this lament preceded each ceremony. And last night it served as a reminder and tribute to the one of the great authors of our freedom.

From there it was over to the MC, alumna, actress and TV personality, Lynelle Kenned who introduced the acts.

Three-month-old a capella group, AnecNote, made up of students and alumni, showed why they've been booked for Kirstenbosch in December, and why an agent tried to sign them after they were aired on Kfm. 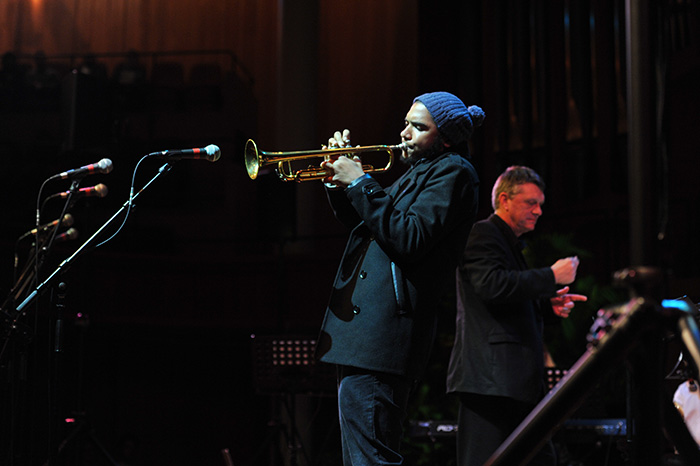 Über-cool maestro Mike Campbell and his UCT Big Band got the audience "in the zone" with programme of evocative pieces that hit the spot: Abdullah Ibrahim's Mannenberg, Patrick van Blerk and Fransua Roos's Paradise Road, Mbongeni Ngema's Freedom is Coming Tomorrow, and his own Green and Gold. 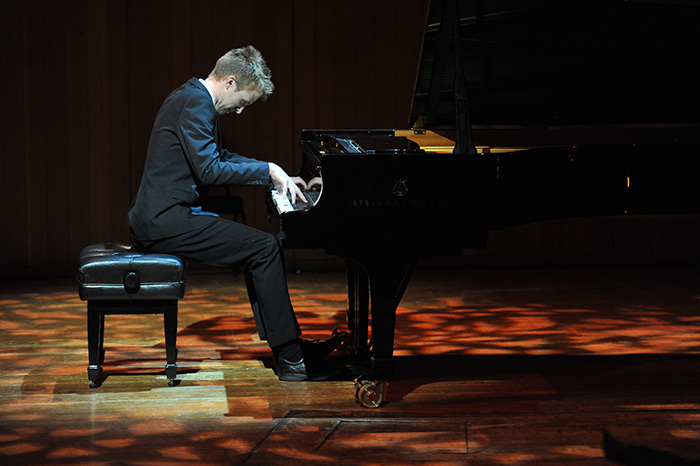 After the break came the beautiful, big voices: the UCT Opera School, presented by Kamal Kahn. The students continue to endorse the school's reputation as a nursery of talent that's changing the face of opera worldwide.

Read Rhoda Kadalie's column about the concert which was published in The Citizen on 15 August 2014.

Story by Helen Swingler. Image by Je'nine May.