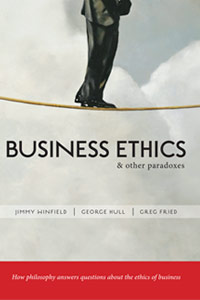 The moral challenges facing business graduates in their vocations have become increasingly apparent in recent years. Business professionals are required to take decisions that affect not only their own welfare, but also that of their colleagues, employees, investors, and society at large. In addition, businesspeople increasingly have to give an account of their behaviour, from an ethical point of view, in the public domain. This book is suitable for teaching ethics and critical thinking skills to business and accounting students, and also to business professionals. 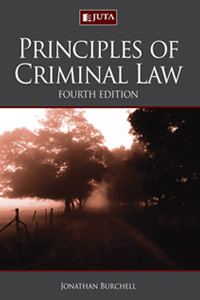 The fourth edition of this well-cited work on criminal law includes thorough examinations of comprehensive legislative changes to the law on sexual offences and the treatment of child offenders.It also revisits traditional aspects of criminal law such as the principle of legality, causation, the defences of provocation and consent, common purpose liability, and the use of force by the police, as well as more contemporary issues such as organised crime, sentencing discretion' and child sexual experimentation. 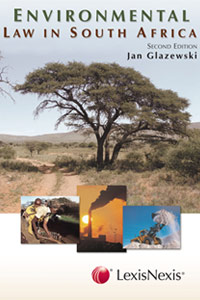 This comprehensive book is Glazewski's chief research accomplishment during his 25-year academic career. Because of its magnitude, the most recent edition not only appears in a new loose-leaf format, but includes new chapters on international climate change law, international trade law and the environment, and compliance with and enforcement of environmental laws. The new edition also brings on board co-authors and authors who have re-written or built on previous chapters. It is acknowledged as the leading textbook on the subject, not only in South Africa, but also in the region. 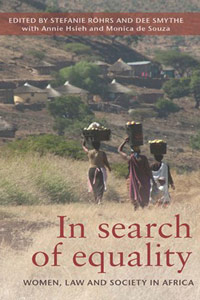 Just over 50 years ago, several African countries drew up new constitutions that included additions such as the Protocol on the Rights of Women. Decades later, has constitutional reform brought gender equality to women in Africa? And what does gender equality mean in the everyday lives of women on the continent? The contributors to this volume provide insights into women's rights in seven African countries: Cote d'Ivoire, Malawi, Namibia, Nigeria, Rwanda, South Africa, and Uganda. Each looks at the causes, context, and consequences of the struggle to uphold women's rights. 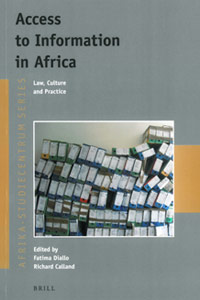 For a long time, Africa has 'lagged' behind global advances in transparency, but there are now significant developments on the continent. This text gives an African account of progress made and setbacks suffered. It also details the challenges and obstacles to policy-makers and practitioners – challenges that must be overcome if greater public access to information is to make a positive contribution to the continent's future. 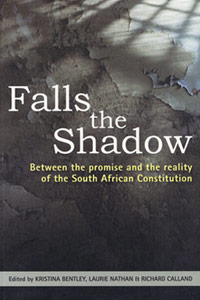 The publication takes its title from TS Eliot's The Hollow Men. For co-editor Laurie Nathan, these lines describe particularly the situation in which the South African Constitution promises so much, but doesn't deliver to people on the ground: â€œIn a constitutional democracy, we purposefully constrain the powers of the state so that power cannot be abused to the detriment of the citizens, yet in South Africa it seems that the state is more and more free to do as it pleases, creating a dangerous situation for its people. Structural violence often leads to physical violence.â€ 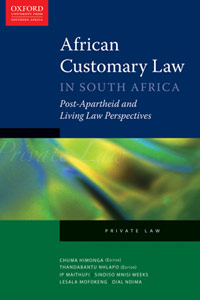 A clear introduction to indigenous law in South Africa, this text provides a structure for understanding the nature and overarching system of customary law, illustrating its distinctiveness in relation to other areas of law, and exploring the dynamic precepts and values of living customary law. The book, a useful reference for scholars and practitioners, suggests an approach that supports a harmonisation of customary law precepts and values with the common law and with Western constitutional jurisprudence, and offers an authentic, culturally sensitive framework within which contentious issues might be resolved. 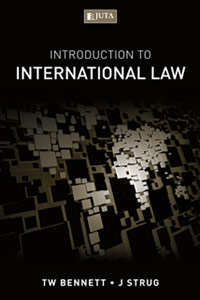 An Introduction to International Law
Tom Bennett and Jonathan Strug

This book gives readers an overview of an ever-growing body of materials. In the past half-century, the law governing (primarily) the relationship of states has grown enormously. International and domestic treaties and cases have proliferated, and with them, reports, commentaries, textbooks and journal literature. The text includes all the traditional subject matter such as sources, treaties, law of the sea, nationality, state responsibility, diplomatic and consular immunities, the application of international law in national legal systems, and so on. But it also includes topics of recent interest: international criminal and economic law, the three generations of human rights, and international organisations. 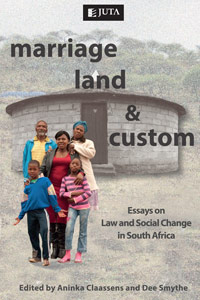 Significant processes of change are under way in South Africa in relation to marriage and the land rights of single women living in 'communal' areas. Scholars describe declining marriage rates, particularly among poor African women, and argue that this trajectory has accelerated in post-apartheid years. Single women are increasingly claiming and being allocated residential sites in 'communal areas'. This practice appears to confound the customary law premise of land rights vesting exclusively in men. The volume's contributors ask how the far-reaching processes of change relate to one another, and to broader economic and political developments, and examine the impact of the implementation of the Recognition of Customary Marriages Act. 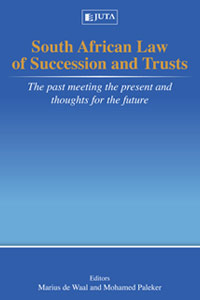 This publication comprises papers presented at a UCT conference in 2012, where participants examined the considerable developments that have occurred in the areas of succession and trusts. The book (also published as Acta Juridica 2014) contains a wide array of contributions dealing with aspects of 'mainstream' succession and trust law. In keeping with the constitutional recognition of African customary law and different systems of personal law, several contributions deal with the relevance of African customary law and religious law in contemporary South Africa, and the harmonisation of divergent legal systems. 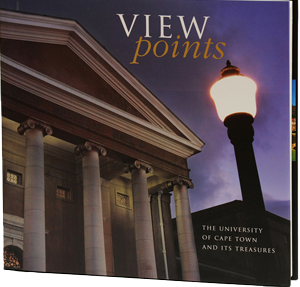 This book celebrates UCT's architecture, landscape, students, works of art, archives, famous moments and collections. Using a mixture of photographs and descriptive text, it offers a broad reflection on UCT's place in history, while at the same time considering the context of its treasures and its role in the future of education in South Africa. The book costs R385 and is available from the UCT Communication and Marketing Department.