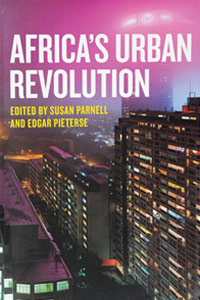 The facts of Africa's rapid urbanisation are startling. By 2030, African cities will have grown by more than 350 million people, and over half the continent's population will be urban. Yet in the minds of policymakers, scholars and much of the general public, Africa remains a quintessentially rural place. This lack of awareness and robust analysis means it is difficult to make a policy case for a more overtly urban agenda. As a result, there is insufficient urgency directed at responding to the challenges and opportunities associated with the world's last major wave of urbanisation. Drawing on the expertise of scholars and practitioners associated with the interdisciplinary research and teaching programme at the African Centre for Cities, and utilising a diverse array of case studies, Africa's Urban Revolution provides a comprehensive insight into the key issues - demographic, cultural, political, technical, environmental and economic - surrounding African urbanisation. 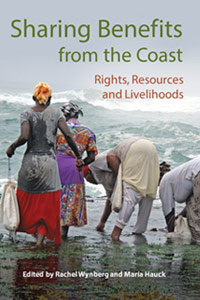 Coastal resources are vital for communities in developing countries, many of whose coastal-dwellers live in severe poverty. These resources also hold significant value for a number of different sectors of the economy, such as mining, fisheries, forestry and tourism, which supply expanding global consumer markets. Although these activities provide opportunities for economic and income growth, global patterns indicate growing levels of economic inequality between the custodians of coastal resources and those who exploit them, as well as an increase in absolute levels of poverty. Benefit-sharing has emerged as a popular term to describe interventions to redress inequalities and thus alleviate poverty. Drawing from empirical research in coastal communities across South Africa and Mozambique, this book provides cutting-edge analyses of and new conceptual approaches to these issues. It aims to enhance an understanding of why benefits are distributed in the way they are, the main blockages preventing greater equity, and strategies for more equitable benefit-sharing. 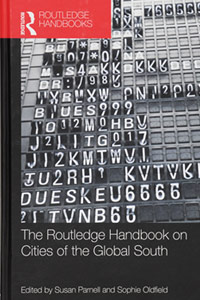 The renaissance in urban theory draws directly from a fresh focus on the neglected realities of cities beyond the West, and embraces the Global South as the epicentre of urbanism. This handbook engages the complex ways in which cities of the Global South and the Global North are rapidly shifting. It works towards a geographical realignment in urban studies, bringing into conversation a wide array of cities across the Global South. With interdisciplinary contributions from a range of leading international experts, it profiles an emergent and geographically diverse body of work, and reflects on critical urbanism, the macro- and micro-scale forces that shape cities (including ideological, demographic and technological shifts), and constantly changing global and regional economic dynamics. Working with southern reference points, the chapters present themes in urban politics, identity and environment, engaging the 21st century city through a 'southern urban' lens to stimulate scholarly, professional and activist engagements with the city. 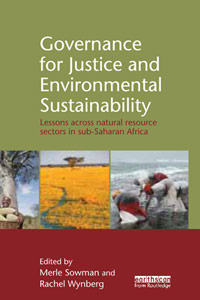 Understanding the governance of complex social-ecological systems is vital in a world faced with rapid environmental change, conflicts over dwindling natural resources, stark disparities between rich and poor, and the crises of sustainability. Improved understanding is also essential to promoting governance approaches that are underpinned by justice and equity principles, and that aim to reduce inequality and benefit the most marginalised sectors of society. This book is concerned with enhancing the understanding of governance in relation to social justice and environmental sustainability across a range of natural resource sectors in sub-Saharan Africa. By examining governance across various sectors, it reveals the main drivers that influence the nature of governance, the principles and norms that shape it, and the factors that constrain or enable achievement of justice and sustainability outcomes. The book also illuminates the complex relationships that exist between various governance actors at different scales, and the reality and challenge of plural legal systems in much of sub-Saharan Africa. 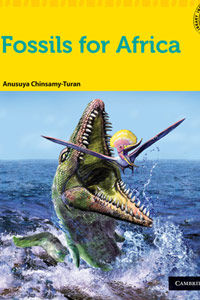 Fossils for Africa explores Africa's rich fossil heritage and shows the importance of dinosaur fossils in unravelling the history of life on Earth. Published as part of Cambridge's Indigenous Knowledge Library series, this book is intended as a resource for senior phase and Further Education and Training (FET) learners and teachers. Written by authorities in the fields, the series reveals the richness of African indigenous knowledge across a range of topics. While Africa is known as the cradle of humankind, in terms of geological time the emergence of humans is a relatively recent event. In Africa there's evidence of life dating back some 3.8 billion years, when life on Earth was still single-celled and microbial. From these beginnings Africa's fossil record shows how life became increasingly complex and diversified into an array of forms. (Chinsamy-Turan's first book for a younger audience, Famous Dinosaurs of Africa, is now in its second edition.) 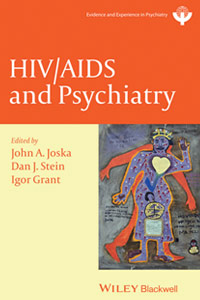 Infection with HIV is frequently associated with a range of psychiatric disorders. These disorders may place individuals at high risk of acquiring HIV, or they may be the result of HIV infection itself. The psycho-social context also plays a key role. Stigma, denial, access to care, and marginalisation complicate continuous care. Unique or 'special' populations such as injection drug users, men who have sex with men and women are vulnerable to developing a psychiatric disorder along with HIV. This book attempts to draw together the neurobiology of HIV, the overlap of psychiatric disorder, and the related psycho-social context. The epidemiology, pathogenesis, clinical features and treatment of HIV-associated brain disorders are reviewed expertly. Each review is followed by a series of brief commentaries which add different insights to these aspects of the problem. Successful management of the epidemic requires control of HIV disease, attention to the probability of a psychiatric disorder being present, and focus on the unique psycho-social context of every individual - a big but important challenge. The book is aimed at clinicians of all kinds who work with people living with HIV. 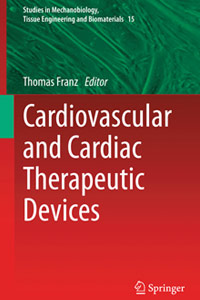 Volume 15 in Springer's Studies in Mechanobiology Tissue Engineering and Biomaterials series, this publication is a comprehensive look at the latest research into therapeutic devices for cardiovascular (ie vascular and valvular) and cardiac diseases. Aspects of vascular therapies covered relate to stent grafts for aortic aneurysms, endovascular stents for percutaneous arterial interventions, and small- to medium-diameter tissue engineered vascular grafts - one of the greatest persisting challenges in cardiovascular therapies. Contributions on valvular therapies focus on prosthetic heart valves with flexible polymeric leaflets and patient-specific simulation for open-heart and percutaneous implantation of aortic biological heart valves, including the challenges of prosthesis design. The section on cardiac diseases provides contributions on advances in therapies for myocardial infarction and infarct-induced heart failure, and on the in vivo biomechanics of implantable cardiac pacemakers.