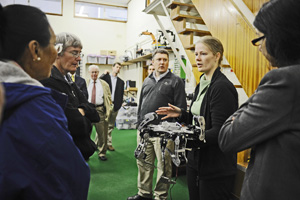 A delegation from the United States Department of Defence (DoD) was recently given an exclusive tour of UCT's engineering labs. Universities and small businesses across Europe and Africa are on its radar, with the US military looking to find cutting-edge science and develop collaborative relationships. The win for UCT is that the units that catch the DoD's eye will be funded by the research arm of the US military that benefits. 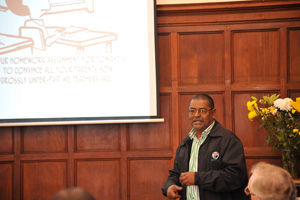 UCT was host to two David and Elaine Potter Fellowship Seminars, the first on microfinance initiatives and the other on the role of trade unions in the education sector. These seminars were organised by master's students, and UCT speakers included Professors Pam Christie and Johann Maree. Experienced trade unionists like Jonavon Rustin (pictured) were among the speakers who addressed delegates at the education seminar. 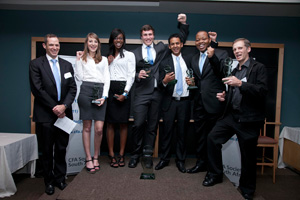 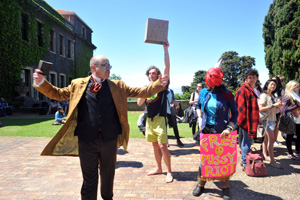 Students of 2012's pioneering first-year course Images in Conflict, taught by Annemi Conradie and Andrew Lamprecht, demonstrated key points in Earth's recent history on Jammie Plaza in the final class of the semester. The carving-up of Africa by Europeans, the Black Consciousness Movement, and the fall of the Berlin wall were all played out in the way only art students can in a lecture dubbed Young Troublemakers in Public Squares. Needless to say, the usual 'Jammie 101' crowd loved every minute of it. 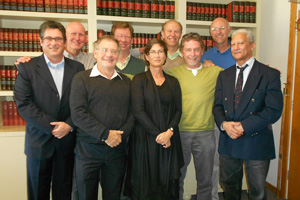 The UCT Faculty of Law hosted an informal 30th reunion of the Local Law Class of 1982 to coincide with Zimbabwean minister of education, sport and recreation David Coltart's visit to his alma mater. Coltart was unable to join the formal reunion on 19 December, so the faculty hosted a breakfast for six members of the class. Pictured (from left, back): Alistair Wylie, Barry Jessop, David Coltart and Peter Smuts. (From left, front): Brendan Manca, Judge Dennis Davis (lecturer), PJ Schwikkard (Dean), Derrick Fine and Tommy Prins (library assistant). 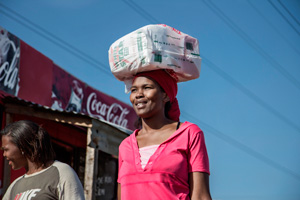 Despite the collective spending power of the SA mass market constituting 70% of consumers, this segment is inadvertently overlooked by local marketers. This is one of the findings of The Majority Report, recently released by the UCT Unilever Institute of Strategic Marketing. "This stems from a marketer's misconception that it is time-consuming, and ultimately not profitable, to engage with the mass market. So over the years most marketers have been removed - both physically and emotionally - from this market," explains Professor John Simpson, Unilever director. 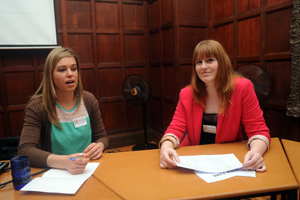 The fourth instalment of the CrossCurrents: Current research in the humanities conference, organised by Megan Cawood (pictured left) and Holly McGurk, brought cutting-edge interdisciplinary postgraduate research together under one roof. The conference also saw the launch of the new CrossCurrents journal, which will publish interdisciplinary postgraduate research on the website of the Institute for Humanities in Africa (HUMA). There is only a two-week turnaround time between submission and publication, and thus the journal is perfect for individuals who want to get their ideas out quickly. 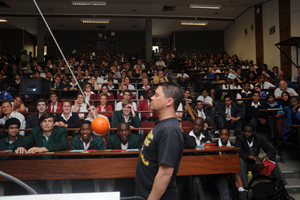 At the most recent fun-filled edition of Phenomenal Physics, hosted by UCT's Department of Physics, hundreds of grade 11 physics learners from schools across Cape Town savoured an array of hands-on experiments and demonstrations, like the one performed by Dieter Geduld (pictured). The purpose of this annual event is to excite learners about the wonders of physics and to recruit future UCT students from the full spectrum of schools in its surrounding communities. 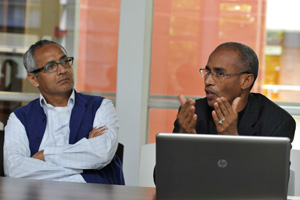 Dr Mohamed Diagayété, a senior researcher at the Ahmed Baba Institute in Timbuktu, recently visited UCT to deliver a lecture, titled The Political Crisis in Mali: What fate is reserved for the manuscripts in Timbuktu? His lecture formed part of the Institute for Humanities in Africa's (HUMA) Continental Connections series, which aims to advance HUMA's programme and UCT's Afropolitan agenda. Photographed with Diagayété (right) is Assoc Prof Shamil Jeppie of HUMA. 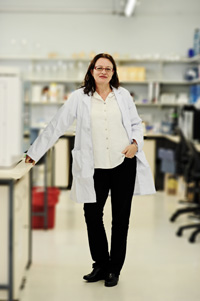 UCT's Professor Carolyn Williamson is one of the lead investigators on a ground-breaking study that has discovered an important new approach for developing an AIDS vaccine. The study, published in the latest Nature Medicine journal, describes how a unique change in the outer covering of the virus found in two HIV-infected South African women enabled them to make potent antibodies that are able to kill up to 88% of HIV types from around the world.