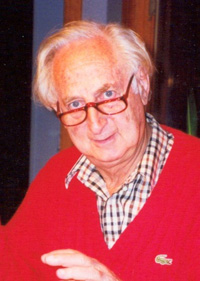 Yet another luminary, this time in the medical field, is being mourned by the UCT community.

Emeritus Professor Israel Nathan "Solly" Marks, 85, died on 19 October. He was considered the "Father of gastroenterology in South Africa", having established the Gastroenterology Clinic at Groote Schuur Hospital in 1959.

Born on 23 October 1926 in Cape Town, Marks, one of five children, qualified as a doctor at UCT in 1949. His life-long dedication to his field was recognised in 1986 when he was appointed to the new Chair in Gastroenterology, a position he held until his retirement in 1992.

He authored or co-authored more than 400 publications, including over 30 invited chapters in various textbooks; he gave 47 named and postgraduate lectures and attended innumerable national and international congresses as invited lecturer or chairman.

In 1993 the Department of Health awarded him the Salus Gold Medal in recognition of his contribution to gastroenterology in South Africa.

Marks is also a founding member of the South African Gastroenterology Society (SAGES), which he established in 1962, together with Simmy Bank and Mike Moshal. He was president of SAGES from 1962 to 1977, and remained life president of the society.

He is survived by his wife, Inge, three children, and grandchildren.