Student apprentices rise to the challenge 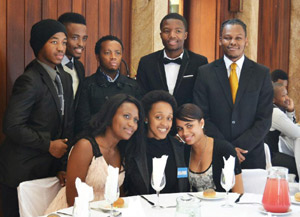 UCT students showed off some winning business acumen at the first instalment of the twice-yearly AIESEC Student Apprentice Challenge (SAC) in early May.

The SAC - hosted at UCT for the first time since its 2005 inception - pitted 64 ambitious students from around South Africa in a five-day face-off, testing core business disciplines such as project management, networking, logistics and bargaining. The challenge was jointly organised by AIESEC's UCT chapter and AIESEC South Africa.

Non-profit AIESEC, said to be the largest student-run organisation in the world, aims to help young people discover and develop their leadership potential.