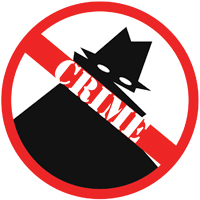 The numbers speak for themselves - crime on UCT's campuses has dropped dramatically over the past few years, and it's generally agreed that the university is much safer than the neighbouring residential areas.

However, the university is not resting on its laurels, and is strengthening its crime prevention measures "because one crime is one too many", reports Steven Ganger, UCT's investigations manager.

Among the criminal activities reported in March 2012 were eight vehicle break-ins on upper campus. Two people were arrested by CPS and handed over to the South African Police Service.

In addition, a student was robbed at gunpoint on the Blue Safe Walk along lower campus on 14 March. Two suspects were arrested by CPS officers the next day. The victim identified one of them, and some of her belongings were found in their vehicle.

Ganger said that most of the 24 incidents reported in March (39 cases were reported in the same month last year) were theft, mainly due to negligence.

He appealed to staff and students to be vigilant and refrain from leaving their belongings unattended.

In its drive for a zero-crime campus, CPS has increased the number of security guards and appointed a new crime prevention manager. UCT is also in the process of installing more closed-circuit television cameras at residences and on campus.