Raising women to raise the world 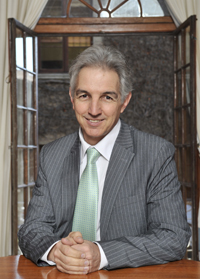 Vice-chancellor Dr Max Price participated in the global colloquium of some 20 university presidents, hosted by the United Nations (UN) Secretary General, Ban Ki Moon, and the new executive director of UN WOMEN, Michelle Bachelet, former president of Chile. The purpose of the colloquium was to discuss how universities can assist the UN to empower women to play leadership roles in the world.

The colloquium was hosted on behalf of the UN by the president of the University of Pennsylvania, Dr Amy Gutmann, on 4 and 5 April on its campus in Philadelphia, US.

"It was disturbing to confirm that even in countries where the universities annually graduate more women than men and despite the generally accepted statistic that women students do better than male students, the leadership strata in all universities, political systems, and the UN system are heavily dominated by males," said Price.

"This is the case even in the United States where women have dominated student numbers for the last two decades at undergraduate and postgraduate level. There are scarcely any universities around the world that have more than 30% women at professorial levels. Only 13 of the 500 largest corporations in the world have a female chief executive officer and almost one third of Fortune 500 companies have no women executive officers at all in their highest ranks."

He added: "Worldwide, on average, only one in six cabinet ministers is a woman. The notion that the increased pipeline for women in education will resolve the gender inequality in the work environment and in leadership positions in particular has proven untrue. Women remain systematically underrepresented in positions of political power and economic leadership."

Price said that there was also a clear sense about the important role women can play on the international stage. Discussions centred on expanding women's influence in the global peace and security agenda, enhancing women's economic empowerment and making gender equality priorities central to national, local and sectoral planning and budgeting.

Universities each shared success stories and challenges in the sphere of empowering women: There will be a compilation of ideas and best practices.

"The colloquium has provided a renewed stimulus to reflect on these issues and also to see what crossover there is for intervening in empowering under-represented groups at UCT," Price said.