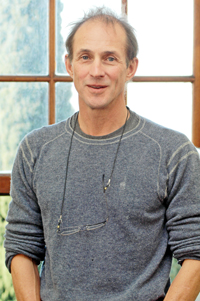 The UCT community is saddened by the death of Stephen Watson, a poet and essayist of the first rank and a professor in the English Language and Literature Department in the Faculty of Humanities. Watson died of cancer early on the morning of 10 April 2011. He was 56.

As founding director of the Centre for Creative Writing at UCT, Watson helped to create a prestigious launching pad for local writing talent.

"His career illustrated what we are working to inspire all UCT students to do: to pursue academic knowledge not only for itself but to help develop others," vice-chancellor Dr Max Price wrote in a communiquÃ© to the UCT community. "His most recent achievements illustrate how he touched people with his writing talent: The Music in the Ice has moved and impressed its readers, and many people shared in Stephen's pride at receiving the English Academy's Percy Fitzpatrick Award in January this year for his short story Buiten Street.

Watson was associated with the City of Cape Town and the university throughout his life and in his widely admired writing. He was a UCT alumnus, a beloved teacher, and a mentor and friend to many in the university community as well as in the world of letters in South Africa and beyond. He is remembered for his generosity, humanity, imagination, and his rigour and elegance as a writer. He will be sorely missed.

He graduated with a BA in English in 1975, honours in 1977, a master's in 1980 and a PhD in 1993, all degrees awarded by UCT. His major research interests included 20th century British and American poetry, the American novel, and the work of George Herbert, William Wordsworth and George Orwell. He began tutoring in the English Department in 1980 and was appointed on a permanent basis in 1986. In 1983 he published his first book, Poems 1977-82 (Bateleur Press), followed by many other collections of poems and essays. His last book, The Music in the Ice, was published by Penguin Books in October 2010. It included essays on Albert Camus, with whom Watson had more than an ordinary connection, and on the singer Leonard Cohen. These are generally believed to be among his most daring and remarkable pieces of writing.

Watson is survived by his wife, Tanya, and their children Hannah and Julian.