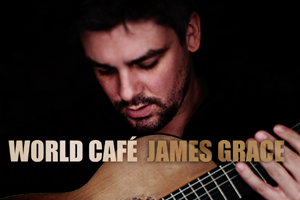 James Grace, head of classical guitar studies at UCT's South African College of Music, will be launching his fifth solo album, World Café, with a concert tour around South Africa and Zimbabwe later this year. Featuring music from countries such as the US, Australia, Turkey, Spain, France, Scotland, England and South Africa, World Café showcases the guitar's range.

"In most musical genres, the guitar is almost always a primary instrument," Grace noted. "So I thought a global tour, in which I include musical styles from several countries, would be an ideal way to showcase the versatility of the instrument."