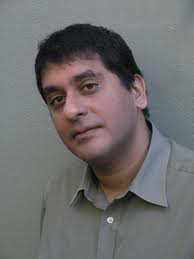 The third time is the charm for Associate Professor Imraan Coovadia of UCT's Department of English Language and Literature, who took the 2010 fiction prize at the Sunday Times Literary awards after making the shortlist twice before.

The R75 000 award isn't the only honour bestowed on Coovadia's novel, High Low In-between. The book also netted the University of Johannesburg Prize, which, according to Book Southern Africa (www.book.co.za) confirms it as the "SA Lit Read of 2009".

High Low In-between is Coovadia's third novel after The Wedding, published in 2002, and 2006's Green-Eyed Thieves.

High Low In-between presents post-apartheid South Africa as a time of plagues, according to the publishers. A slip of a needle is a prospective death, a man can be murdered because he received a black market kidney without knowing, and death by AIDS has become a currency in the hands of the morally bereft and the politically expedient.