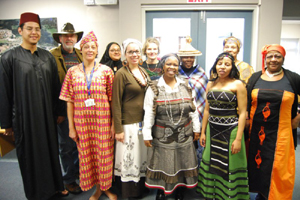 Staff from the Properties & Services Department have won the African Dress Competition for the colourful attire they wore on Africa Day, during UCT's recent Celebrating Africa event.

Their photograph, taken by Justin de Klerk, captured the spirit of Africa Day, in particular both the themes of Celebrating Africa and African Connections, say organisers.

"One can actually identify a number of African origins in the attire chosen by members of the group, and the total effect is quite a pleasing image of the UCT we hope to see in the future," notes Nan Warner, who was among the competition organisers. 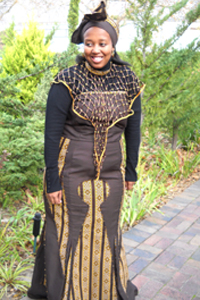 The competition was part of UCT's Celebrating Africa programme of, lectures, exhibitions and discussions and events that celebrated UCT's African heritage and its growing connections with other African universities. People all over campus put on their most eye-catching African dress, got colleagues to take pictures and entered the university-wide competition.