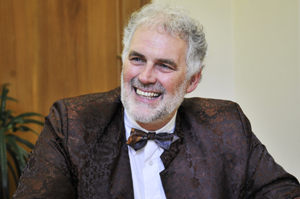 Happy times: Prof Walter Baets has reason to be pleased with the GSB's recent string of awards.

In the Business Education and Training category, business schools were judged on the number and standard of graduates produced, the reputation of the schools and the overall contribution to skills development.

Director of the GSB, Professor Walter Baets, notes that GSB was up against three competitors in this category, so the school is indeed excited and pleased by the outcome.

"This award once again highlights the positive contribution the school is making to the world of business and to the economy of South Africa," he said.

The GSB was also recently honoured with a Superbrands seal, recognising it as one of the top brands in South Africa.