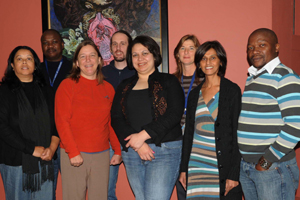 A new face and new fees were the outcomes of the Employees Union's (EU) annual general meeting, held on 14 April.

During the AGM, the EU elected a new committee, announced new membership rates and provided contact information for consultants who will deal with members' medical aid-related queries.

Membership subscriptions have increased by R2, from R30 to R32 per month - comparing favourably with the R45 charged by other campus unions. The EU also called on its members to recruit staff on their behalf.

NMG Consultants are now available to assist UCT staff with medical aid queries, such as problematic claims and issues; funding plan information; and explanation of current plan options and the benefits available to members and their dependants.