News from the athletics camp 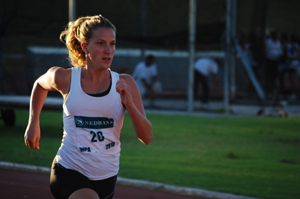 The UCT Athletics Club enjoyed a couple of notable successes in recent weeks.

Firstly, the club has a new Western Province champion in Alix Morreilon, who won the province's junior 400m hurdles championships. In the process, Morreilon set a new UCT junior and senior record time of 64:95, breaking her own two-week-old record. Morreilon and Herschel Girls' School learner Micky Parker, who trains with the club, have also been selected to represent WP at the SA Junior Championships that took place on 10 and 11 April.

The women's team finished second and the men third in the Two Oceans half-marathon on 3 April. Although the women's team has won the half-marathon and finished second before, this is the club's best overall team result in the event. In the ultra-marathon, William Robinson was first home for UCT, earning the club's only silver medal in the race with a time of 3:56:48.

On 28 March, the club hosted the Capestorm UCT Memorial 10km race, held in honour of members of the club who have passed away. The four who were honoured were Lindsay Weight, Merrilyn Smith, Isavel Roche-Kelly and Kevin Rochford. The turnout for the race was good, with just over 1 000 finishers. Gadija Rochford, the wife of Kevin Rochford, started the race; Weight's son, Christopher, and daughter, Genevieve, handed out the medals and prizes at the prize-giving; and Trish Moores, Smith's digs-mate, handed over the Merrilyn Smith Floating Trophy to the winning woman.