Kampus Sutra is a campaign recently launched on campus in association with UCT's HIV/AIDS Institutional Co-Ordination Unit (HAICU) and Durex.

Students from universities across South Africa took part in a campaign that encouraged them to think about their views on safe sex and to capture their messages in photographs. The campaign tagline, Kampus Sutra, is a playful reference to the Kama Sutra, the ancient Indian Hindu text widely considered to be the standard work on human sexual behaviour.

Project Officer at HAICU Lucina Reddy advised that "innovative campaigns such as this, which get students to critically engage with the topic, are relevant and important to the continued prevention message for our community". This campaign forms part of the broader university response to HIV through building open spaces for dialogue and ownership of the issue, and is in line with the HAICU first-term campaign: 'If you connect, protect'.

ACEs (AIDS Community Educators), the university's peer educators, were on hand to answer HIV-related questions and advise about university resources that students can access. Students were encouraged to load their pictures on the HAICU Unit and DurexSA Facebook pages and Twitter accounts. 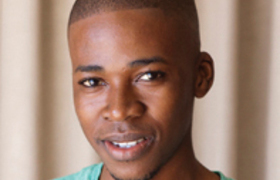