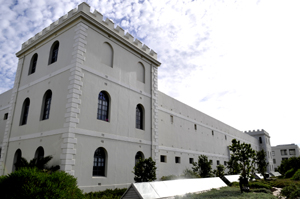 UCT's Graduate School of Business (GSB) has been rated the best business school in Africa at the Eduniversal Second World Convention held in Cape Town in October.

The American University in Cairo came in second in the category, with the University of Stellenbosch Business School was placed third.

The honour follows the GSB's first Eduniversal ranking last year, in which it was voted the most influential business school on the African continent and awarded five Palmes, the organisation's highest honour. The School received the awards at the Cape Town event.

The rankings are based on peer reviews. Each year, Eduniversal (a French organisation) invites business school deans from around the world to vote and give their recommendations on the Eduniversal Official Selection of the 1 000 best global business schools, from which the top schools are selected.

"I believe that a peer-reviewed award such as this is one of the most valuable metrics by which to measure a business school," said GSB director Walter Baets. "I am delighted that the international business school community... believes we are already there. It's a tremendous boost to our endeavours, but we will not rest on our laurels."