Farewell to doyen of information systems 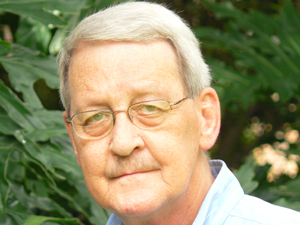 Professor Dewald Roode, seen by many as the father of information systems (IS) as an academic discipline in South Africa, has died after an accidental fall at Cape Town International Airport while on his way home to Pretoria.. He was 69.

Paying tribute to a life well lived, head of IS Professor Jean-Paul van Belle said: "We were honoured to work with such an inspirational colleague. Professor Johannes Dewald Roode has without any doubt made more impact on the academic discipline of information systems on the African continent than anyone else. His legacy includes the strong promotion of a qualitative research tradition, and the establishment of a critical cohort of over 30 doctoral graduates."

Roode was known and respected throughout the world.

Professor Kevin Johnston, former head of Information Systems at UCT, said Roode's contribution to South Africa and UCT in terms of PhD output had been prodigious.

Roode is survived by Annemarie, his wife of 46 years, his son Maarten, daughter Demri, and grandchildren Mila, Marli, Johannes Dewald and Annie.