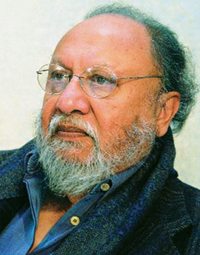 Ashis Nandy will deliver the keynote address at the first set of Sawyer Seminars at UCT in August. Nandy is Senior Honorary Fellow and past Director of the Centre for the Study of Developing Societies (CSDS) in Delhi.

The prestigious Sawyer Seminar Series hosted at UCT over the next 18 months will initiate academic debate about the nature, and usefulness, of indigenous knowledge and will feature leading international thinkers.

It will also provide a forum for debate on how ubuntu might best be applied within South Africa's judicial system - and how traditional medicine and other indigenous knowledge systems, might be incorporated into the mainstream society.

The US-based Mellon Foundation funds a Sawyer Series at several universities internationally every year but only one in three that apply are successful. This is the first time the series is to be held at UCT.

Dr Lesley Green, of the university's Department of Social Anthropology, leads the group that was awarded the grant for UCT to host the Sawyer Series.

"There are currently two opposing schools of thought; one is the romantic idea that indigenous knowledge is real and true and whole - but what we call 'indigenous' often depends on who is in power. And then there's the argument that formal science is the only way of knowing the world."

The series will investigate four themes: Personhood (August 2009), the Body and Health and Healing (October 2009), History and Archiving (August 2010) and Notions of Nature (November 2010).

In the first set of seminars in August 2009, two events will be open to the public. The first is a keynote address by Indian intellectual Ashis Nandy, titled Imagining a South Asian University. The second is a round-table event on ubuntu and the law.

Nandy's address, to be held in the Centre for African Studies Gallery from 13h00 to 14h00 on 6 August, will be especially topical in the light of frequent assertions that university curricula should be transformed and President Jacob Zuma's statement that South African universities should produce graduates that are 'African in culture and outlook'.

"Careful scrutiny is required," says Green, "of what this means."

There will also be a series of colloquia for university students and academics. "The seminars aim to recognise other systems of thought, and the fact that so many systems work with one another, or contribute equally to the modern world," said Jess Auerbach, Green's research assistant, who will soon take up a Rhodes Scholarship at Oxford. "We can grow as a society, from diversity."

The round table discussion on ubuntu and the law will be held from 13h00 to 14h45 on August 5, in the Robert Leslie Building. The speakers are UCT's Professors Thandabantu Nhlapo and Drucilla Cornell, as well as Achille Mbembe, John Comaroff, and Mogobe Ramose. It will be chaired by Hylton White.