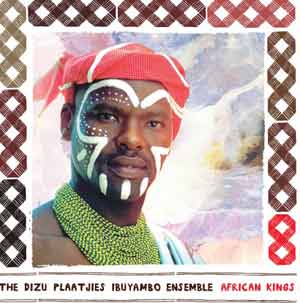 Plaatjies, head of African Music at the South African College of Music, scooped the award with his group, the Ibuyambo Ensemble for the album African Kings, an original blend of traditional melodies using hand-made African instruments, together with acoustic guitar. The tracks were produced in a contemporary style, featuring voices, drums and percussion tracks as the leading elements.

Plaatjies recorded the new album as a follow-up to his debut solo project titled Ibuyambo. He is a founder member of the successful group Amampondo and was their leader and front man for over 15 years.

The winning album was launched at a concert in Paris. Plaatjies' ensemble begin touring France this month, including an appearance at the Festival Jazz Sous Les Pommiers in Coutances, France.

"It is really great to win in my category as there is so much competition. Actually, there is no real place for Xhosa music, so we are lumped together with talented musicians who are not neo-traditional. I was especially happy when other nominees said they were proud of the award and me. It is a great album and my band worked very hard to make it that way," Plaatjies said.

For further information, go to www.new-music-publishing.eu or send an enquiry by email.