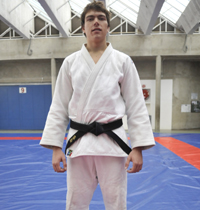 UCT finished fifth overall at the University Sports South Africa (USSA) judo championship, hosted by the Cape Peninsula University of Technology at its Bellville campus from 24 to 27 April.

Woodman and Ernest Louw were also selected to attend the Universiade in Belgrade, Serbia, in July.

UCT will host the 2011 USSA championships.

On the whole, the UCT FNB First XV will be pleased with their recent performances in the Western Province Super League.

Just four games into the season, that clutch of wins now has them nipping at the heels of early log leader, Hamiltons, and Stellenbosch University.

Their next game is the intervarsity against archrivals Maties on 9 May, in a curtain raiser to the Stormers/Western Force Super 14 game at Newlands. 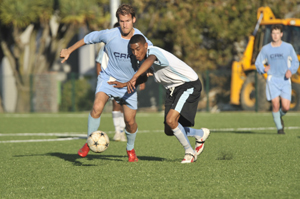 Coach Craig Hepburn read the Riot Act to the men's soccer first team after their 1-6 hammering from Ashford Athletics in their Cape District Football Association Super League match on 2 May.

Not just short one player - this after the bench was bursting at the seams at a game the Wednesday before - the team looked all at sea as they let in a brace of soft goals and squandered at least half a dozen opportunities of their own.

The endurance event pits 180 swimmers against the frigid waters of Cape Town, crossing 7.5km from Robben Island to Big Bay in Bloubergstrand.

On the day, 26 April, the water temperature was a nippy 13 degrees, with cold spots of 11 degrees. Fortunately for the swimmers, the water was relatively flat with a small swell and weak current.

The Cadiz Freedom Swim is a fundraiser for Cape Town's Vista Nova School, which caters for children with special needs.

UCT's Laura Barrett and Jade Liddell have been selected for the South African senior women's water polo team that is playing in the FINA Women's World League in Lille, France, from 8 to 10 May.