Great debate on admissions gets under way 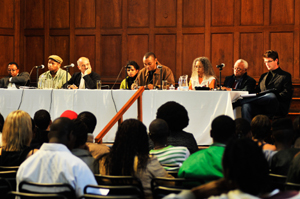 Panellists get the ball rolling

The following excerpts have been culled from panellists' written and oral statements.

The full debate can be downloaded from the resources section of the Admissions Policy website on Vula.