What started out as unresolved questions about free MP3s on the internet has turned into a book that scrutinises copyright law, free speech and the limits of democracy in the digital media. 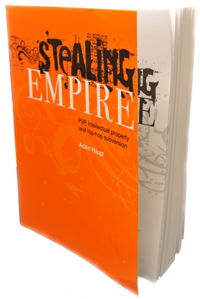 The book explores the cultural, technological and legal conflicts between the interests of citizens and those of corporations.

Haupt supports the Access to Knowledge movement and his publishers, HSRC Press, allowed him to "practice what I preach". The hard copy of the book is on sale, but can be downloaded free from here.

"The question that I asked myself during my PhD research and in the book is 'what kind of agency is possible in the era of corporate globalisation?'," he explains.

The book was more than an academic exercise. Haupt was once the editor of a pay-for-play music website, whose big selling point was that they were using digital rights management in accordance with the Digital Millennium Copyright Act.

"However, Napster (an online music file-sharing service that operated between 1999 and 2001) became popular and I soon came to the conclusion that some of our assumptions about digital media and the owner-ship of ideas were, perhaps, flawed."

His earlier work on sampling in hip-hop helped Haupt to formulate a narrative about tensions between citizens and creative subjects, on one hand, and corporate media monopolies, on the other.

In the book, he examines ways in which subcultures and subversive voices are "co-opted" by "corporate monopolists" intent on maximising revenue.

Prolific writer and poet Professor Joan Hambidge's (School of Languages and Literatures) new book, Paldindroom/Koesnaatjies vir die proe, is described as a post-postmodern story, a parallel presentation of her prose and poetry. 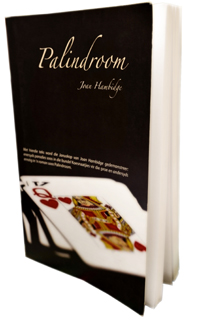 "It is a self-reflexive (metafictional) novel of a writer writing a novel," Hambidge explained.

"Reader participation is requested and the novel is a first in Afrikaans: a double-hander, both a novel (Palindroom) and a volume of poetry (Koesnaatjies vir die proe)."

The book explores the medium of the internet/emails and the effect of the global village.

"The novel and volume of poetry should be read simultaneously, undermining the notion of a text in its chronological order with a beginning, middle, and end," Hambidge said.

UCT Fellow and Centre for Extramural Studies academic, Ingrid Fiske, who writes her poetry as Ingrid de Kok, has launched a selection of poetry, translated into Italian by University of Rome scholar Professor Paola Splendore.

The English title, Body Maps, was taken from the name of one of her poems. 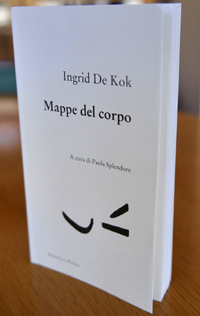 Her poetry books, Familiar Ground, Transfer, and Terrestrial Things were published in South Africa, and her work has been also been translated into Japanese, French and Dutch.

De Kok spent two weeks in April at the Nirox Foundation's Cradle of Humankind artists' residency programme, where she worked on the drafts of a number of new poems for a manuscript of new work.

The poet's 'Italian connection' arose from two residency fellowships in Italy, one at the Rockefeller Centre in Bellagio and another in Civitella, Umbria, the Civitella Ranieri Centre.

"Paola Splendore knows my work very well, has translated other poems and has interviewed me for various Italian journals. She has also written and lectured on my work," De Kok said.

De Kok teaches a graduate course at the University of Rome which includes her poetry, and in December she gave a seminar to that class while in Rome to launch the book.

"Paola Splendore made the selection, based on her own sense of the nature of my work and on what she thought could best be translated into the Italian."

Splendore has also translated some of JM Coetzee's works, as well as Raymond Williams, Virginia Woolf and others.

The writers and researchers who feature in issues 8 and 9 of Feminist Africa are optimistic but not always flattering about gender politics at African universities. 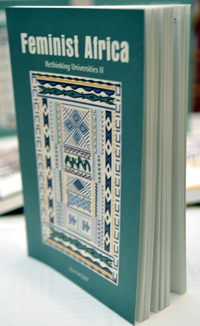 Subtitled Rethinking Universities, these latest editions of the African Gender Institute's (AGI) accredited journal spring from the AGI's recent Gender and Institutional Culture project. Both are dedicated to the issues of gender and institutional cultures at a number of leading universities in Africa.

The articles cover everything from sexual harassment policies to alienation among women academics, but institutional culture is always the lightning rod.

There is much to be optimistic about, write editors Teresa Barnes of the University of the Western Cape and the AGI's Professor Amina Mama. For one, no women have formally been excluded from postcolonial African universities.

But, they add, "there are persistent institutional inequalities which reflect a lack of commitment to gender issues and taking women seriously in the intellectual sphere."