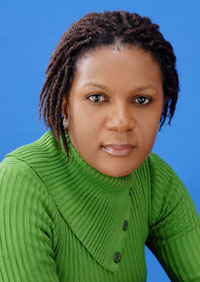 Banda-Aaku received Â£2 000 for her story, Sozi's Box, which was selected as the best story from the Africa region of the Commonwealth, and as the winning story from more than 2 000 entries.

Sozi's Box, which took Banda-Aaku three weeks to write, examines the themes of loss and disability as seen through the eyes of a child at her brother's funeral.

"Winning the competition means a lot to me," says Banda-Aaku. "I am honoured and at the same time humbled, and I hope my win inspires other African writers to enter the competition."

Banda-Aaku is currently working on her master's degree in creative writing, finishing her third children's book and writing and submitting short stories.

Founded in 1996, the Commonwealth Short Story Competition is run annually to increase understanding and appreciation of different Commonwealth cultures, to showcase the rich diversity of the Commonwealth and to support rising literary talents.