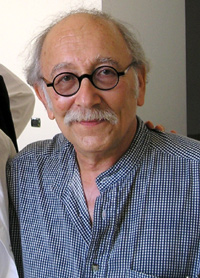 Professor Emeritus and Honorary Research Fellow in Linguistics, Roger Lass, has been awarded an honorary fellowship by the University of Edinburgh.

The fellowship is in recognition of Lass' contribution to the scholarly work of the university, where he gives occasional seminars in other people's classes once a year.

Lass has been a collaborating scholar of Edinburgh's Institute for Historical Dialectology since 2002, and has been working on a Linguistic Atlas of Early Middle English with Dr Margaret Laing of the institute.

The fellowship is the university's recognition that Lass is a contributor to its research output, a participant in the institute affairs, and that his seniority has been useful in adding an internationally known name.

In addition to his normal collaborative work via email, Lass will also spend three months a year at the institution.

Pitch your business idea for a chance to win big Students are encouraged to showcase their entrepreneurial innovation for the chance to win a substantial cash prize and mentoring opportunity in The Pitch UCT 2020. 28 Sep 2020