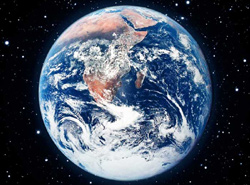 MVUYO TOM HAS been appointed as the vice-chancellor of the University of Fort Hare, the country's oldest historically black university. Tom, who formerly served as director-general of the Eastern Cape for five years, takes office in January 2008.

A NEW APPROACH to teaching mathematics in multilingual classrooms is being piloted in selected schools in KwaZulu-Natal, Limpopo, Gauteng and the Western Cape in a bid to stall the downward spiral in school mathematics marks. In classrooms where children from several language backgrounds are present - for example, the majority of Gauteng classrooms - the children are divided into language groups and given their tasks in their own language and English.

THE KADUNA STATE University in Nigeria will soon boast its own College of Medicine to train doctors for hospitals in the state.

SOME 4 500 SENIOR lecturers at universities across Israel went on strike again last week after negotiations between the finance and education ministries failed to produce a new wage agreement.

THREE MORE SECTORAL education and training authorities, aka SETAS, could be put under administration next month, this after the Department of Labour placed the embattled Media, Advertising, Publishing, Printing and Packaging SETA under administration and suspended its board in October, handing its running to PriceWaterhouseCoopers.

MAKERERE UNIVERSITY STUDENTS hailing from Mukono have launched a campaign to improve health and sanitation in their district. The campaign, dubbed Get involved, keep Mukono clean, will see students clean the Ugandan town the second week of every month.

A DECISION BY the socialist government of Venezuelan president Hugo Chavez to scrap the national university examination has raised questions about its effect on academic standards and how precisely to widen access for poorer students. Chavez abolished the Academic Aptitude Examination, said to have favoured the country's wealthy. Instead of low-scoring students missing out on a university place, the new system may allow them to do a remedial course before they enrol at a university.