Lipton Cup off to a steady start 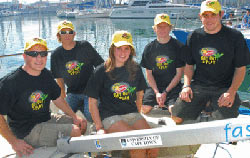