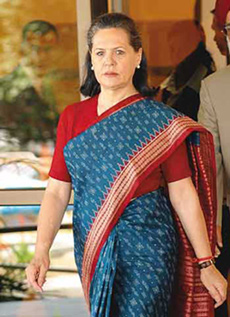 The Vice-Chancellor and Principal, Professor Njabulo S Ndebele, in collaboration with the High Commission of India and the Indian Council for Cultural Relations, invites UCT staff and students and members of the public to attend the inaugural lecture in the Gandhi Lecture Series, The Relevance of Gandhian Philosophy in the 21st Century, to be delivered by Sonia Gandhi.

Gandhi is the president of the ruling Indian National Congress Party. She is chairperson of the co-ordinating committee of the ruling United Progressive Alliance. Gandhi was first elected as a member of parliament to the 13th Lok Sabha from the Amethi Parliamentary Constituency of Uttar Pradesh in 1999. She is presently a member of the Lok Sabha, the Lower House of the Indian Parliament.

Gandhi is patron of the Round Square (International Group of Schools, based on the educational principles of the late Dr Kurt Hahn) in the UK. She was a member of the international advisory group that was set up to mark the 50th anniversary of the United Nations. She has authored two books, Rajiv and Rajiv's World, and has edited two volumes of letters exchanged between Pandit Jawaharlal Nehru and Indira Gandhi from 1922 to 1964, titled Freedom's Daughter and Two Alone - Two Together.