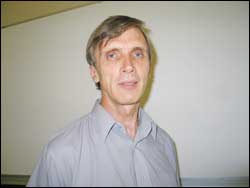 Through the vivid imagery painted by this collection of prose poems, he draws an evocative map of the country as he sees it, interspersed with the diverse voices, stories and emotions of the people who reside in it.

A social commentary on the issues that confront society today - land dispossession, unemployment, love affairs - Sole gives us an insight into the national consciousness, giving an idea of the divergent points of view that people have on the same society.

The wind stays steady from the south-east.

On the beach two sets of footprints are a broken necklace flung
behind to be slowly scrubbed away.

He stops: wants to know why her face - when she looks at
him - becomes shipwrecked between emotions

and she speaks quietly. If we have nothing more to say to one
another, whose voice is it that cries out

from inside our silence?

- From Land Dreaming, published by University of KwaZulu/Natal Press