Academic among first of new fellowships 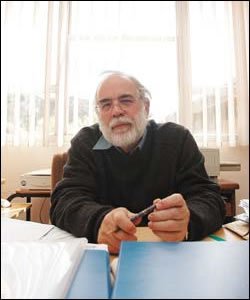 Professor Theo Stewart, a faculty member in the Department of Statistical Sciences, has been named as one of the inaugural fellows of the Operations Research Society of South Africa (ORSSA).

The society has been around since late-1969, but has only from this year awarded these fellowships. Stewart, who specialises in the research and teaching of operations research, is one of just four fellows so honoured at a recent conference of ORSSA.

His association with the organisation dates back, he says, "a bloody long time". Or, to be more exact, to 1970, just a year after ORSSA was founded.

Since then, he's served ORSSA in a suite of capacities - as president in the late-1970s, and as representative on a host of international bodies, including, as he still does, on EURO, an association of European societies that, because there is no Africa branch, includes South Africa. He was founder-editor of ORSSA's official journal, titled ORiON, and has won the society's premier award, the Tom Rozwadowski Medal, made since 1971 for the best written contribution to operations research published by a member, on no less than five occasions.

While operations research goes by many names - operational research, management science and quantitative management included - its focus is essentially on investigating and modelling the decision-making processes in business and industry, government and society.