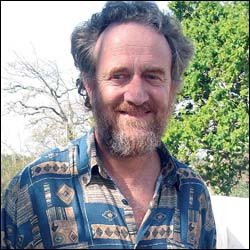 Associate Professor Chris Breen (School of Education) has been elected president of the International Group for the Psychology of Mathematics Education (PME) at their 28th annual meeting in Bergen, Norway.

He is the first South African to hold this office. His fellow nominees were Professor Nicolina Malare of Italy and Dr Judy Mousley of Australia. The vice-president is Dr Peter Gates from the School of Education at the University of Nottingham.

Breen's tenure is three years and he will relinquish the position at the group's annual 31st meeting in Seoul, Korea, in 2007.

"The PME has been my intellectual home since I began attending the gatherings in 1993," Breen added. "I felt it was time to put something back."

The group was established in Karlsruhe in 1976 and brings together leading international researchers in mathematics education from around the world; over 800 members from 50 countries. It is also affiliated to the International Commission on Mathematics Instruction.

"The group's main goal is to support pioneering work in maths education," Breen explained. Besides promoting international exchanges of scientific information in the arena of maths education psychology, the PME also stimulates interdisciplinary research in the area, harnessing the insights and works of psychologists, mathematicians and teachers. Membership is open to those involved in active research in the area.

The position means a significant workload, but it's part of the attraction for Breen. He is mindful of the value the experience brings, especially as a testing ground for the skills he will teach on the advanced leadership elective, part of the Graduate School of Business's MBA course.

Certainly this year's PME conference theme, inclusions and diversity, was apt; its membership is diverse, including a strong contingency from South America, Asia, Europe and Japan, reflecting multiple languages and cultures.

Breen himself had some experience of managing without his mother tongue. After the conference he took leave to travel in Norway and the Pharoe Islands en route to Iceland.